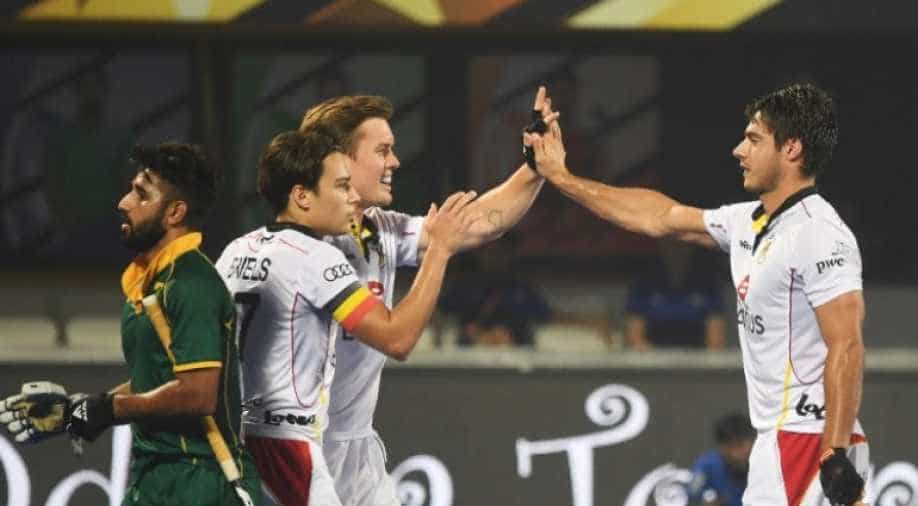 Simon Gougnard was given the player of the match for his crucial contribution to the game.

South Africa took a lead in the first quarter, as Nick Spooner scored a field goal within the opening minutes, but lost the momentum as the game progressed.

But Belgium bounced back in the game with an immediate equaliser by Alexendar Hendricks, who converted a penalty corner in the 12th minute, and dominated the game from there.

The European giants took a lead in the first quarter itself when Arthur Van Doren and Loick Luypaert created an excellent move from their own half before a long ball found Simon Gougnard who beat South African goalkeeper Rassie Pieterse with a calm finish.

.@SA_Hockey gets a warm farewell with applause from the crowd at the packed Kalinga Stadium after their campaign at the OHMWC Bhubaneswar ends on 8th December. #BELvRSA #IndiaKaGame #HWC2018 #DilHockey pic.twitter.com/UkwAK4JgT7

Simon Gougnard was given the player of the match for his crucial contribution to the game.

Hendricks completed his brace off another penalty corner in the 21st minute as the Europeans tightened their grip on the match.

Luypaert scored Belgium's fourth goal a few seconds before half-time as the title contenders from Europe went into the break with a formidable advantage.

With seven points, Belgium sit atop of Pool C.