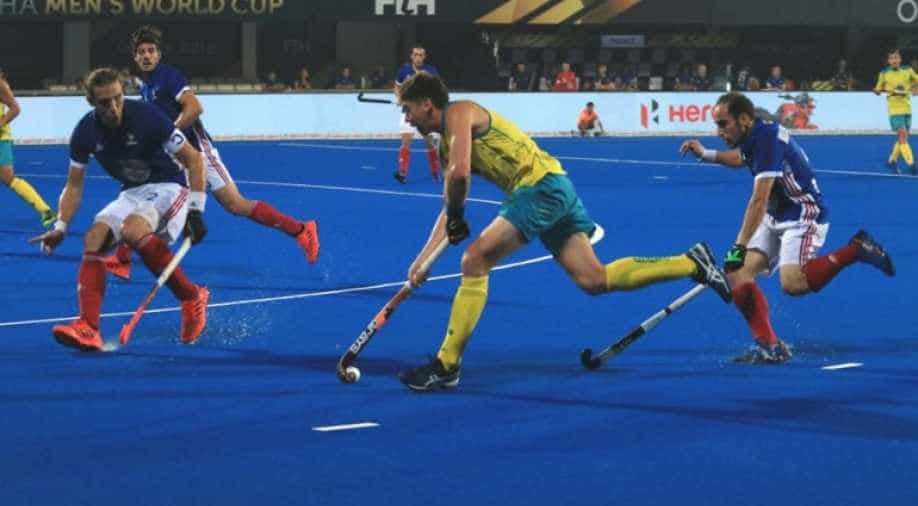 Players of Australia and France vie for the ball during the Hockey World Cup second quarterfinal. Photograph:( Twitter )

Despite a valiant fight, France, the lowest-ranked side of the tournament lost 3-0 to the World no 1.

Australia cruised into the semi-finals of the ongoing Hockey World Cup for a record 11th consecutive time as they continue to display their on-field brilliance to defeat France in Bhubaneshwar on Wednesday.

Despite a valiant fight, the lowest-ranked side of the tournament lost 3-0 to the World no 1.

The Australians, most often, burst into the French penalty circle from the middle. The French, at times, couldn’t keep up with the pace of the defending champions.

The incessant attacks yielded Australia several penalty corners. Some of them were converted while some were deflected.

France got their sole penalty corner of the first half in the last minute of the second quarter. But captain Victor Charlet’s drag-flick was blocked by an onrushing Trent Mitton.

By virtue of this win, the defending champions, in Saturday’s semi-final will take on the winners of the India versus Netherlands match.