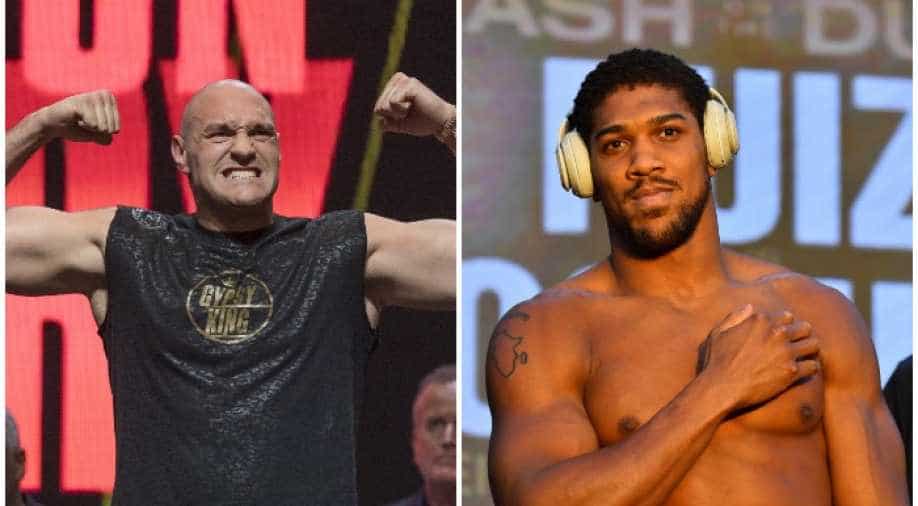 "Because if Fury could have sold out 90,000-capacity stadiums, then he would have done.

Two-time unified heavyweight champion Anthony Joshua taunted Gypsy King Tyson Fury by saying the only way the Fury could hope to fill 90,000 seats at Wembley Stadium is by fighting him.

Joshua will be defending his WBA, IBF and WBO belts against Kubrat Pulev at Wembley Arena on Saturday next week. However, the Briton told that he has designs on filling the much larger venue next door if the fight happens next year.

"Tyson Fury is a talented, talented guy and he deserves all the praise he is getting right now but it is interesting when you talk about his popularity," Joshua told The Sun.

"Because if Fury could have sold out 90,000-capacity stadiums, then he would have done.

"But he never has had the ability to attract those large numbers, not until he fights me. I have had those sort of crowds against Wladimir Klitschko and Alexander Povetkin at Wembley.

"I will fight Fury because in 50 years' time, people will remember your character and I always want to be remembered as a risk-taker."

Joshua is already making plans on how to defeat Fury and is not underestimating his fellow British boxer.

He said: "Fury is intelligent and what you saw against Wilder was a gameplan for a specific fight being executed very well."

"He knows if he tries to take it to me the same way, then he will suffer because I can counter that with my jab, with right hands from distance."