'He got angry, wanted to kill me': Leandro Paredes recalls heated on-field clash with Lionel Messi 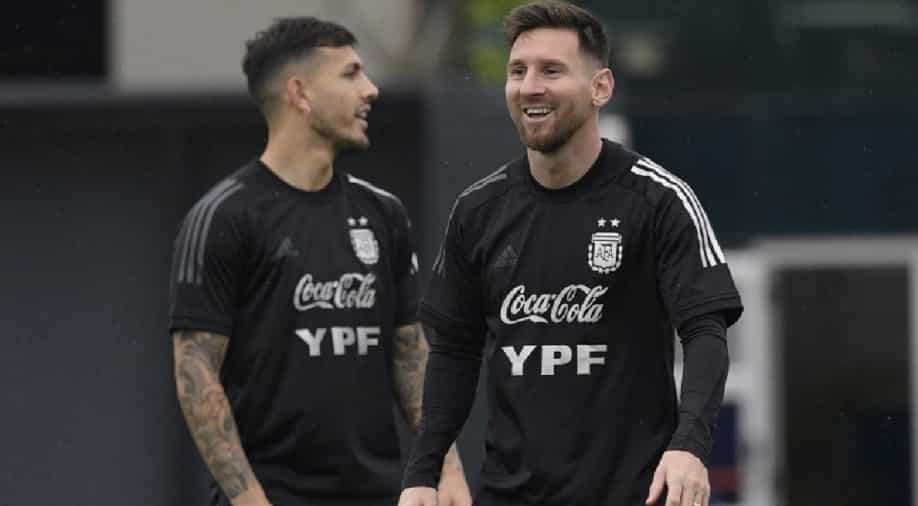 PSG star Leandro Paredes recalled his on-field clash with his current teammate Lionel Messi when the duo were up against each other in a game between FC Barcelona and PSG.

Lionel Messi has enjoyed some intense on-field battles with some of the best defenders in the world throughout his career. However, the Argentinian, who is regarded as one of the best footballers of all time, rarely gets involved in on-field clashes. Messi likes to let his game do the talking on the pitch and avoid unnecessary fights on the pitch. However, there have been occasions when he has lost his cool on the opposition players and let his frustration known.

Leandro Paredes, who is currently Messi's teammate at his club Paris Saint-Germain (PSG) recently recalled how the former Barcelona superstar lost his cool on him during a game between PSG and Barcelona in the Champions League. Besides sharing the dressing room with Messi at PSG, Paredes is also his teammate in the Argentinian national team and shares a good rapport with him now.

However, during the Champions League last-16 game between PSG and Barcelona in 2021, Paredes made a comment about Messi to his teammate which didn't go down well with the former Barcelona star. Paredes said Messi was furious at him and wanted to 'kill' him after becoming really angry over his on-field jibe which was directed at him.

“He got angry, because I had made a comment to my teammates and he heard me, and he got angry. He became really angry. He f*cked me up. It was bad. He wanted to kill me and I wanted to go home," Pardes told Caja Negra, as quoted by Goal.

However, the Argentinian midfielder revealed Messi was quick to sweep aside what had happened during the game and met him as if nothing had ever happened when the two played together for Argentina. Paredes lauded Messi stating that the Argentinian icon showed him what he is like as a person and revealed their relationship has not been affected at all by the incident.

“Afterwards I saw him in the national team and he acted as if nothing had happened. He showed me what he is like as a person. The relationship continued as it was," said Pardes.

“Now, when the conversation comes up, we talk about it and laugh, but he was really angry at the time - he wanted to kill me," he added.