He entered my life like a god: SRH young pacer lauds Suresh Raina for his success 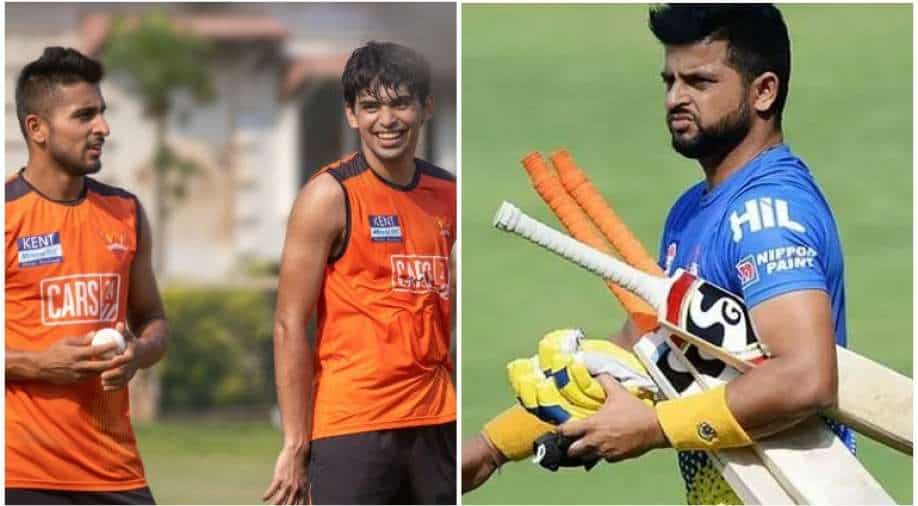 He entered my life like a god: SRH pacer lauds Suresh Raina for his success (Photo Twitter/AFP) Photograph:( Others )

Karthik Tyagi is part of the Kane Williamson-led Sunrisers Hyderabad (SRH) in IPL 2022. Having hogged the limelight during the 2020 U-19 World Cup, the youngster also travelled to Australia as a net bowler during India's historic tour Down Under.

Post his success in the U-19 World Cup, Karthik earned his maiden IPL contract where he joined the one-time winners Rajasthan Royals (RR) in IPL 2020, representing them in two seasons where he claimed 13 scalps in 14 games. From there on, he was roped in by the Orange Army in this year's mega auction, for INR 40 million (INR 4 crore). Recalling his journey so far, Tyagi revealed how former India and Chennai Super Kings (CSK) all-rounder Suresh Raina helped him progress ahead in his career.

"Like I always say one thing, that after Under-16, Suresh Raina entered my life like a god because people started to recognise me when I was selected for Ranji Trophy. When I was 13, I participated in the Under-14 trials and this is where my cricketing journey began. I started playing for the Under-14 team and then Under-16. In the U-16, there was a season where I got 50 wickets in 7 matches. That is where the selectors started noticing that there is a player who has been taking a lot of wickets at the State level," he said in a video shared by SRH.

So far, Tyagi has not played a single game in IPL 2022 for his new franchise. He will be eager to make a mark and get roped in the playing XI as the Orange Army have now bounced back in style to register four successive wins after failures in their opening two games. Tyagi is known for his raw pace, action and also being able to defend four runs in RR's clash versus Punjab Kings (PBKS) last year. Hence, he will be confident of repeating his past heroics in SRH jersey.