He does most of the work on the ground: Former India spinner dwells on MS Dhoni's captaincy approach 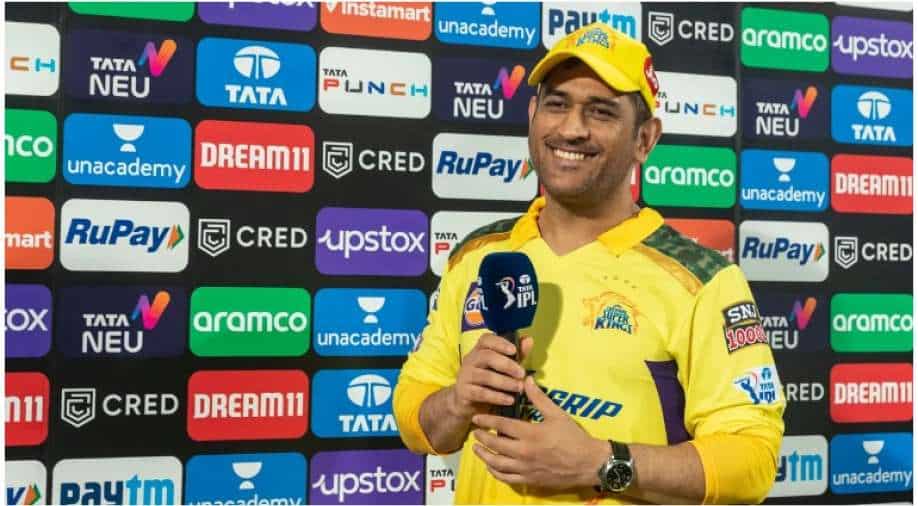 After MS Dhoni once again took over as CSK captain in IPL 2022 led them to a 13-run win over SRH, former Indian spinner dwelled on the legend's captaincy approach:

Chennai Super Kings (CSK) kept their playoffs hopes alive -- by the barest of margins -- in IPL 2022 with a 13-run win over Sunrisers Hyderabad (SRH) in match 46 on Sunday evening (May 01). It was a special win especially after a lot has been said and written about the captaincy situation in the Yellow Army's camp.

After Ravindra Jadeja was made Chennai's captain just two days prior to the 15th season's commencement, he gave the job back to his predecessor MS Dhoni, who will now lead CSK till the end of the IPL 2022 edition. Under Dhoni, Ruturaj Gaikwad (99), Devon Conway (85 not out) and Mukesh Choudhary (4 for 46) stood tall as CSK posted 202-2, after being asked to bat first at the MCA Stadium, Pune, before restricting SRH to 189-6.

Despite a few dropped catches and conceding some boundaries in the end overs, CSK had a good game and now have three wins from nine games to continue to be at the penultimate position in the points table, with playoff hopes still alive. Following the CSK-SRH clash, former Indian spinner Pragyan Ojha revealed what is it to play under Dhoni's leadership.

Ojha told in Cricbuzz Live, "MS Dhoni's team meetings are quite short. He does most of the work on the ground. He does not tell beforehand what to do to the players. He just tells the coaching staff to ensure that the players are ready. He keeps a tab on everything that is going on in the team."

ALSO READ | 'You don't want him to feel that captaincy was...': MS Dhoni on Ravindra Jadeja quitting as CSK skipper

CSK will now hope for more stability and to continue the winning run to stand a chance to qualify for the playoffs. They next face Royal Challengers Bangalore (RCB) on May 04 (Wednesday) at the same venue.