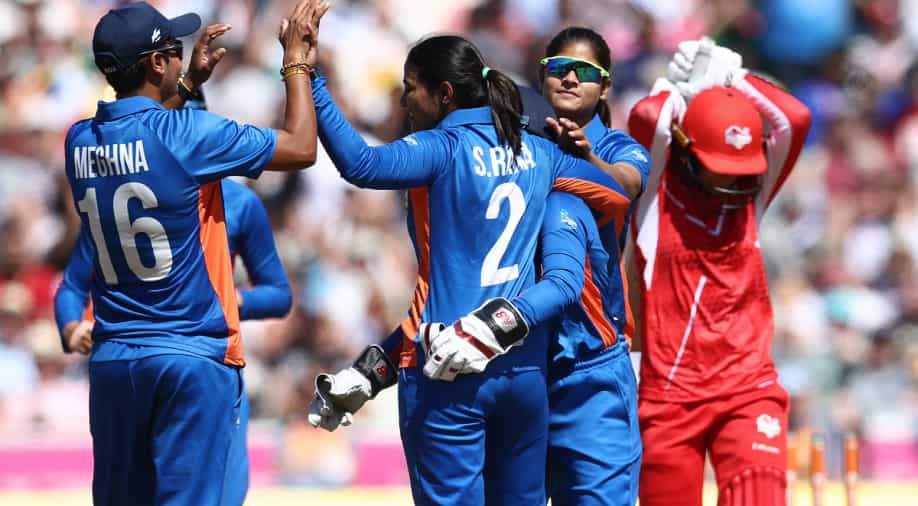 Harmanpreet Kaur-led Indian women's cricket team defeated England in the semi-final to book a spot in the final of the showpiece event.

Harmanpreet Kaur-led Indian women's team defeated England by 4 runs in a thrilling semi-final to book a spot in the final of women's cricket at the ongoing Commonwealth Games 2022. It was an epic semi-final contest between the two sides filled with a lots of twists and turns before the Women in Blue eventually managed to come out on top against the hosts at Edgbaston in Birmingham.

India also managed to break the knockout jynx in big tournaments and will now face the winner of the second semi-final between Australia and New Zealand in the final. Smriti Mandhana and Jemimah Rodrigues were the stars for India with the bat as the duo played important knocks to help them post a strong total on the board, batting first in Birmingham.

India got off to a brilliant start in the semi-final as Mandhana continued her sparkling form on top of the order. She took the England bowlers to the cleaners and launched an all-out attack against the hosts from the word go. The left-hander notched up a quickfire 61 off just 32 balls adding 76 runs for the first wicket with Shafali Verma (15).

Also Read: 'Don't tell us what to do': Sunil Gavaskar lashes out at 'old powers' England, Australia for IPL criticism

It was Rodrigues, who took control after Mandhana's departure as India looked in trouble at one stage with three down on 106 in the 14th over. However, Rodrigues remained in the middle till the end to ensure the Women in Blue had a fighting total on the board in the all-important clash.

England came close during their run-chase but losing wickets at regular intervals cost the hosts as they ended up falling short in the final over. With 14 runs needed off the final over, Sneh Rana went on to dismiss Katherine Brunt to successfully defend the total for India and push them into the final of the showpiece event.

Captain Natalie Sciver finished as the top-scorer for England with her 41 off 43 deliveries which was not enough to take her over the line in the semi-final. With the victory, India are now assured of at least a silver medal in cricket at the Commonwealth Games 2022 as they wait for their final opponent between Australia and New Zealand.