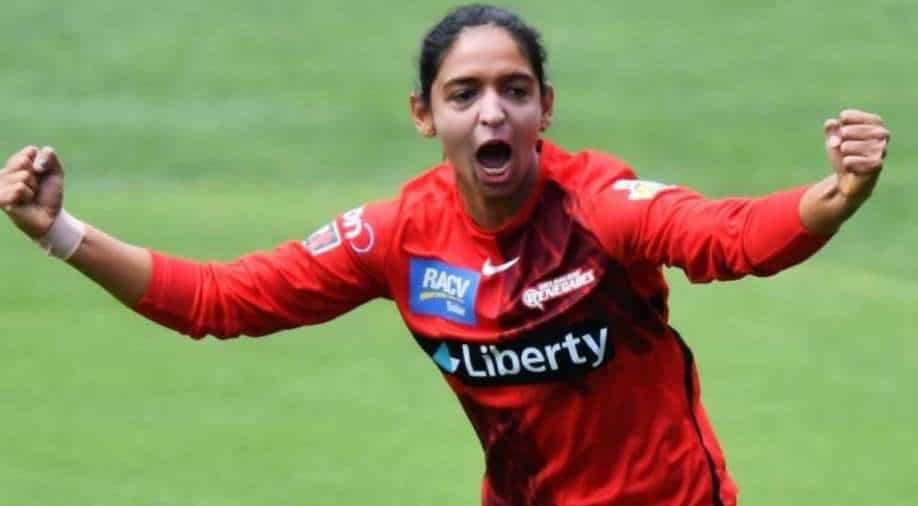 Harmanpreet said with women's IPL, overseas players will arrive in India and they can share their experience with domestic players

Harmanpreet Kaur, who is India's T20I captain said that she is hopeful and waiting for the women's Indian Premier League (IPL) to commence soon. She added that with women's IPL, overseas players will arrive in India and they can share their experience with domestic players.

India's cash-rich league has been a boon to the men's cricket in the country as it has given a platform to young players, a chance to share the dressing room with top players from around the world.

It is also a big source of employment opportunities and also contributes to the GDP of India. On one side, it has taken men's cricket in India to greater heights, on the other, such growth in women's cricket is absent.

ALSO READ | Inevitable that it's going to be there: Ricky Ponting feels Tim Paine saga will be discussed in Ashes 2021

Commenting on the same, Harmanpreet, as quoted by ESPNcricinfo said, "I think we have been looking at this for a long time and I hope, you know, sooner this women's IPL will also start and we will also invite overseas players over there so that they can also share their experience with our domestic players."

She further said, "They know better than us. They know when to do it and how to start and they are also thinking about that and I'm sure, you know, they will definitely come up with something for women's cricket."

Harmanpreet became the first Indian to be named WBBL Player of the Tournament following a stunning season for Melbourne Renegades after scoring 399 runs in the tournament at an average of 66.50 and strike-rate of 135.25, including three match-winning half-centuries.