Inevitable that it's going to be there: Ricky Ponting feels Tim Paine saga will be discussed in Ashes 2021 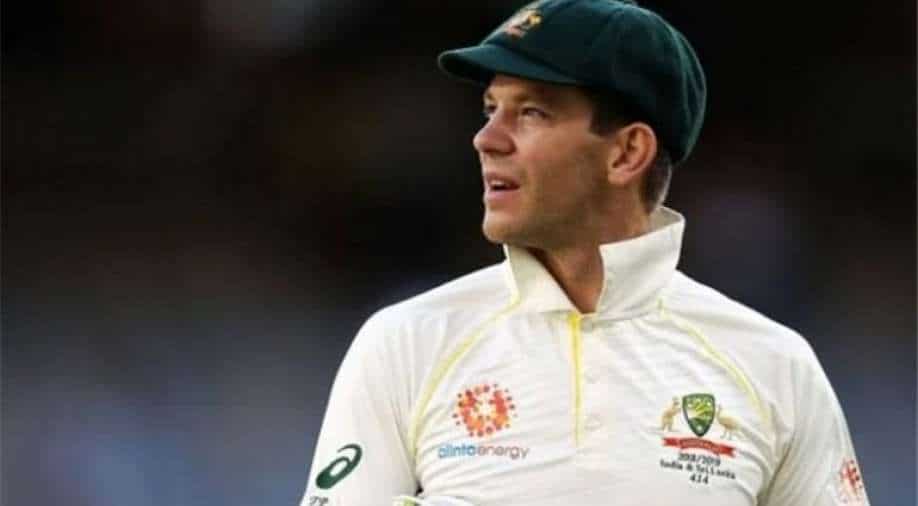 "As much as we would all love to see it go away and there comes a point where it`s never talked about, it`s inevitable that it`s going to be there. If he plays in Brisbane (for the first Test), the rest of the group and everyone needs to move on and do the best they can to forget about it and knuckle down," said Ricky Ponting on the Tim Paine sexting scandal.

Former Australia captain Ricky Ponting feels that the Tim Paine saga will be talked about wherever the Australian team will go during The Ashes. He added that it might end up distracting Paine and the Australian team in their quest to retain the Ashes at home. Paine had suddenly stepped down from being the Test captain on Friday after an off-field scandal involving text messages with a former Cricket Tasmania female staffer came into limelight.

"As much as we would all love to see it go away and there comes a point where it`s never talked about, it`s inevitable that it`s going to be there. If he plays in Brisbane (for the first Test), the rest of the group and everyone needs to move on and do the best they can to forget about it and knuckle down," Ponting was quoted as saying by cricket.com.au on Wednesday.

"I think inevitably it will (be a distraction). Yes, he`s made a huge call for himself, for Australian cricket and for the betterment of the Australian cricket team. But it`s not going to go away. We`re only a few weeks out from the first Test - it will bubble along," added Ponting.

He also thinks that Paine will be asked about the scandal wherever he goes in future. "Unfortunately for Tim he`s going to get asked about it everywhere he goes. Whenever you make mistakes and you`ve got to front up in front of the cricket-loving public, you have some doubts in the back of your mind for a period of time."

The 46-year-old believes that Paine making an on-field comeback after a neck surgery will provide him solace. In a match for Tasmania`s second XI, Paine took six catches but made just one run with the bat. "When you`re out in the middle, that`s the only place you can get away from it. The first thing he did Saturday morning was put his club gear on, head out and try to play club cricket in Hobart, which is where he will find the most serenity. When he`s out in the middle he`s got something else to focus on and think about, which is cricket. It will blow over and hopefully it passes in enough time to have some really good clear headspace going into Brisbane."

Ponting signed off by saying that wicketkeeper-batter Alex Carey could be a good pick if Paine doesn`t feature in the first Ashes Test at Brisbane. For future, his pick is Josh Inglis. "If he (Paine) plays this series and he finishes at the end of the series, they might look at a younger guy. If he`s not picked for Brisbane, they might think about someone who`s a bit more experienced, being an Ashes series. If Paine doesn`t play in Brisbane the obvious one is Alex Carey. If Paine does play the Ashes series, they might look at someone like Inglis post this summer."

"I`m on record saying I love Inglis - I think he`s going to be a really good cricketer for Australia for a long time in whatever format they pick him in first, whether it`s T20s, one-dayers or Test cricket. Speaking to Brad Haddin and even `Painey` they really rate his keeping, they talk really highly of it. He could definitely be a long term, not just an international player, (but also) a Test player."