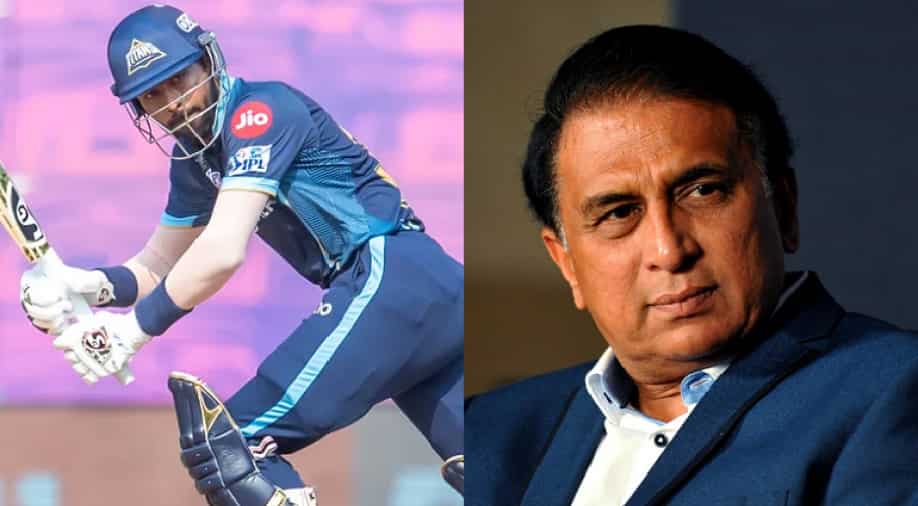 The legendary Sunil Gasvkar has lauded Hardik Pandya for his terrific captaincy in IPL 2022 so far and compared his success with Rohit Sharma's rise in 2013.

Former India captain Sunil Gavaskar has lauded Hardik Pandya for his terrific captaincy in his debut stint with Gujarat Titans (GT) in the ongoing Indian Premier League (IPL) 2022 and compared him to Mumbai Indians (MI) skipper Rohit Sharma. Gavaskar believes captaincy has done to Hardik what it did to Rohit when he was handed over MI's leadership responsibilities in 2013.

Since taking over as MI's skipper in 2013, Rohit has transformed into one of the best batters in the world and is also the most successful captain in the history of IPL with five titles under his belt. Gavaskar believes Hardik has also started batting with more responsibility after taking over captaincy and is likely to recreate Rohit's success as captain.

"What I see with Hardik is exactly what happened to Rohit Sharma when he first got the captaincy of Mumbai Indians midway through the season (in IPL 2013). Suddenly (we saw) Rohit Sharma from playing those lovely cameos of 40s, 50s, and 60s now staying right till the end and taking responsibility. His shot selections became much better (with his captaincy)," said Gavaskar on Star Sports.

Hardik has been instrumental as a batter in his side's success this season as he has notched up 305 runs in seven matches. He has also bowled when required and has four wickets to his name. Hardik has been batting up the order at no.3 for his team and has been excellent so far this season.

Gavaskar believes Pandya is on his way to repeating what Rohit had done with Mumbai Indians in 2013. The batting legend hailed Hardik's shot selection and believes Gujarat Titans are certain to do well this season under the star all-rounder's captaincy.

"Similarly, you can see that happening with Hardik, his shot selection is absolutely terrific. Of course, he`s an outstanding fielder and (that was the case with) Rohit Sharma, he was a brilliant fielder in the covers and close-in as well (in those days). So Pandya is showing those qualities too and that`s why Gujarat Titans are doing so well," Gavaskar added.