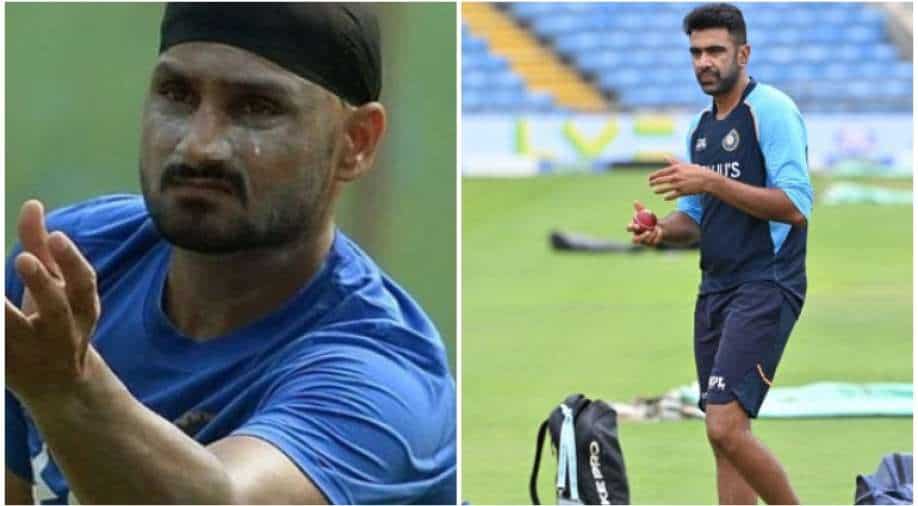 R Ashwin dismissed Tom Latham (52) during the final day's play between India and New Zealand in the series opener at Green Park, Kanpur. With his wicket, Ashwin achieved a huge milestone as the wily off-spinner surpassed Harbhajan Singh to become India's third highest wicket-taker in the red-ball format.

Ashwin was five wickets away from moving past Harbhajan's wicket-tally when India commenced the first Test versus the Kane Williamson-led New Zealand at Kanpur. The 35-year-old returned with a three-wicket haul in NZ's first essay and removed openers Will Young and Latham, in the final innings, to topple Bhajji.

After the match, Ashwin reacted to the news of moving past Harbhajan and told the broadcasters, "These are milestones that are constantly kept on tab, it's wonderful. Ever since Rahul bhai has taken over, he's kept saying that how many ever wickets you take, how many ever runs you make in 10 years time, you won't remember them. It's the memories that matters so I want to have some special memories going forward in the next 3-4 years."

The top-five wicket-takers for India in Tests are as follows:

On the other hand, the veteran off-spinner Harbhajan also reacted to Ashwin's feat and told PTI, "I would like to congratulate Ashwin on his milestone. Well done and hope he wins many more matches for India. I never believed in comparisons. We played our best cricket in different times, against different opposition. I had done my best for the country back then and ditto for Ashwin, he did his best now."

ALSO READ | IND vs NZ: Wasim Jaffer shares an 'out-of-the-box' suggestion on who could open with Shubman Gill in 2nd Test

Ashwin returned with six wickets in the first Test but couldn't take Ajinkya Rahane & Co. to a win as NZ managed a draw at stumps on Day Five, being 165/9 in pursuit of 284. The second and final Test will get underway from December 3 at the Wankhede Stadium, Mumbai.