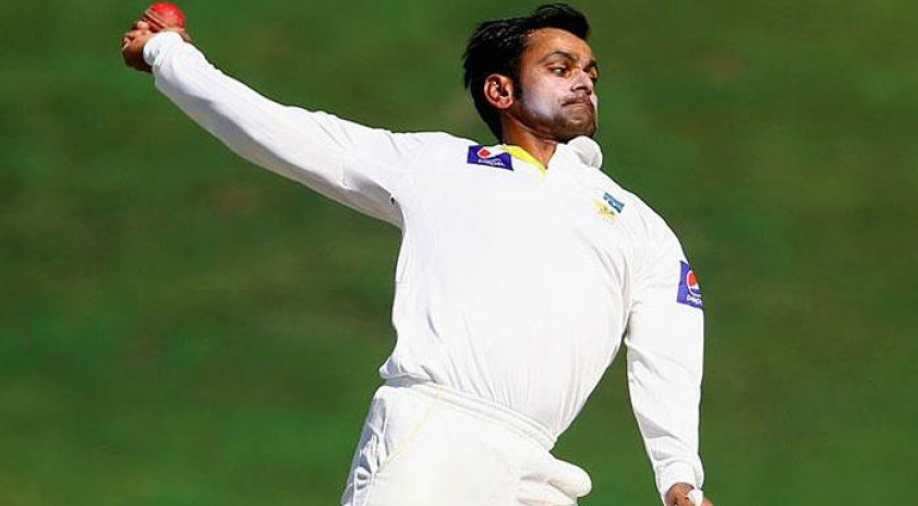 'The assessment revealed that the majority of his deliveries exceeded the 15 degrees level of tolerance permitted under the regulations,' the ICC said in a statement. Photograph:( Zee News Network )

While the Pakistan squad has already reached England, six Pakistan cricketers, including Mohammad Hafeez, has been cleared to join the rest of the squad after returning negative in the second COVID-19 tests.

International cricket is gearing up for resumption with England’s three-match Test series against the West Indies set to start from July 8. After that, England will host Pakistan for three-match Test and T20I series ending in September. While the Pakistan squad has already reached England, six Pakistan cricketers, including Mohammad Hafeez, has been cleared to join the rest of the squad after returning negative in the second COVID-19 tests.

The Pakistan Cricket Board (PCB) on Tuesday confirmed that Fakhar Zaman, Mohammad Hasnain, Mohammad Rizwan, Shadab Khan and Wahab Riaz also tested negative for the second time in three days and would join rest of the team in Worcestershire.

“The PCB will now start making their travel arrangements and the departure details will be shared in due course,” the PCB added.

Meanwhile, the Pakistan squad underwent coronavirus testing on their arrival in Manchester on Sunday before being shifted to Worcestershire for a 14-day isolation phase.

While the fixture list hasn’t been announced yet, Pakistan are scheduled to play three Tests and as many T20Is behind closed doors in August-September.

Pakistan would be looking to make a mark in both the Test and T20I series with a hope that their young pace attack comes out good against England. While they have experience at their helm, youngsters are touted to shine in the English conditions. The tour will be a big challenge for the likes of Babaz Azam and Sarfaraz Ahmed and other batsmen.