Got messages saying you should have been dead: Varun Chakravarthy on contracting COVID-19 during IPL's 1st leg 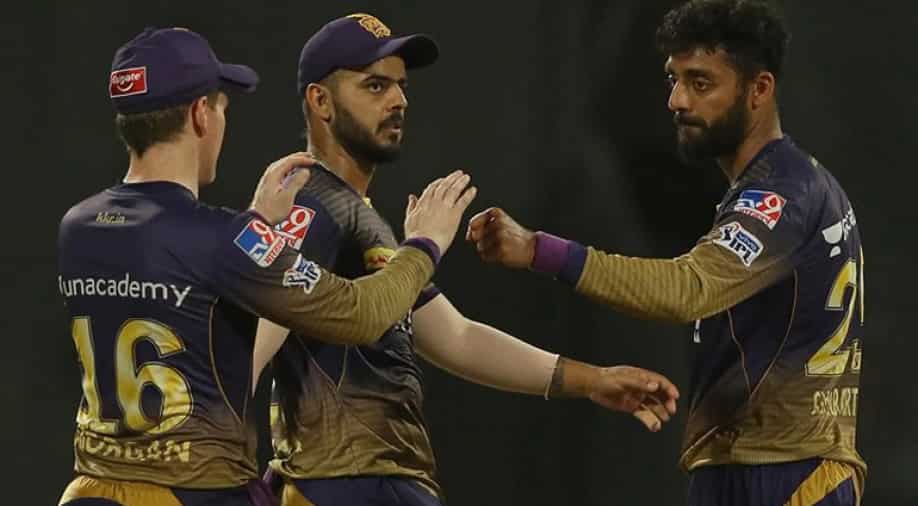 Kolkata Knight Riders (KKR) spinner Varun Chakravarthy revealed he recieved nasty messages from people after contracting COVID-19 during the first leg of IPL 2021 earlier this year, which led to the tournament getting postponed.

Kolkata Knight Riders (KKR) spinner Varun Chakravarthy has revealed he received nasty messages from people after contracting COVID-19 during the first leg of the ongoing Indian Premier League (IPL) 2021 in India which led to the tournament getting postponed and later shifted to the UAE. The current edition of the IPL is the first to be taking place across two legs.

IPL 2021 kicked off in India in April this year but had to be stalled in May after a string of positive COVID-19 tests across the camps of several teams. The league was suspended midway and the overseas players were sent back home amid chaos.

KKR spinner Chakravarthy was the first player to test positive for the infection on May 02. Following his positive test, another KKR player Sandeep Warrier had also tested positive for the virus. Chakravarthy opened up on contracting the infection which led to the suspension of the league in May this year, and revealed how he was abused by people on social media, with some even cursing him to death.

“I remember when Dr. Srikanth just called and I still remember the words he told me, it’s unfortunately positive Varun. So that just shattered everything. I really didn’t know that it is going to blow up so much. I even got emails and messages on Instagram where people told me “Rather you should have been dead," Chakravarthy said in a video released by KKR on the occasion of World Mental Health Day on Sunday (October 10).

In a world where you can be anything, be kind

This #WorldMentalHeathDay, let's pledge to refrain from social media trolling as you never know the damage it may cause.#KKRFilms x Payments on @amazonIN #PayAmazonSe #KKR #IPL2021 pic.twitter.com/EQO3ZvTOn5

Former Kolkata Knight Riders captain and wicket-keeper batsman Dinesh Karthik also shared his views on online trolling and its impact on the mental health of the players, who are already under immense pressure. Karthik said social media needs to be kinder to people at times.

“And that’s where I feel sometimes social media needs to be a kinder place. People don’t realize the gravity of what they say. Be it memes, be it videos, be it you know just the use of words. It is a spur of the moment thing for them at that point of time instinctively what they feel, they just put it out there, not realizing what the person reading it will go through,” said Karthik.