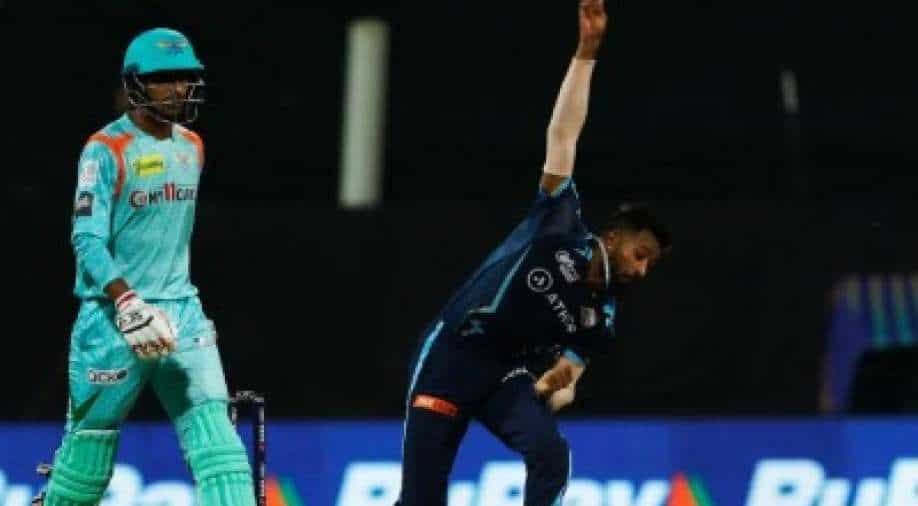 Hardik was unable to take a wicket in the four overs and he ended up conceding 37 runs at an economy rate of 9.25.

Hardik Pandya made his long-awaited return to bowling after recovering from an injury during the Indian Premier League (IPL) 2022 encounter between Gujarat Titans and Lucknow Super Giants.

Hardik was unable to take a wicket in the four overs and he ended up conceding 37 runs at an economy rate of 9.25. However, his return earned him a lot of praise from former India cricketers Suresh Raina and Irfan Pathan who described it as a good sign for him and the national team.

“The way Hardik Pandya has made his comeback, is commendable. In a player’s return from injury, his family, especially, his wife has to play the most important role and we could see the happiness on his wife’s face when he was bowling. His elder brother Krunal has also played a major role in Hardik’s recovery and gave him all the confidence he needed. Hardik is looking fit and he’s also generating decent pace with the ball, these are good signs for Gujarat Titans,” Raina said during an episode of the show ‘Cricket Live’ on Star Sports according to a report on IANS.

According to the report, Pathan also praised Pandya for his captaincy as well and said that his bowling return will make things more interesting for him and also his franchise.

“The best thing about Hardik is that he’s once again started bowling. You can see that he’s not trying to bend a lot while releasing the ball, which means he’s not putting a lot of strain on his back.

“There might be a slight dip in his pace due to this but bowling two-three good overs at the start will give him the confidence to do well. If Hardik Pandya the batter and Pandya the bowler does well, then Pandya the captain will eventually do well. He’s looking to leave the disappointments of the previous season behind and make a fresh start,” Pathan was quoted as saying in the report.