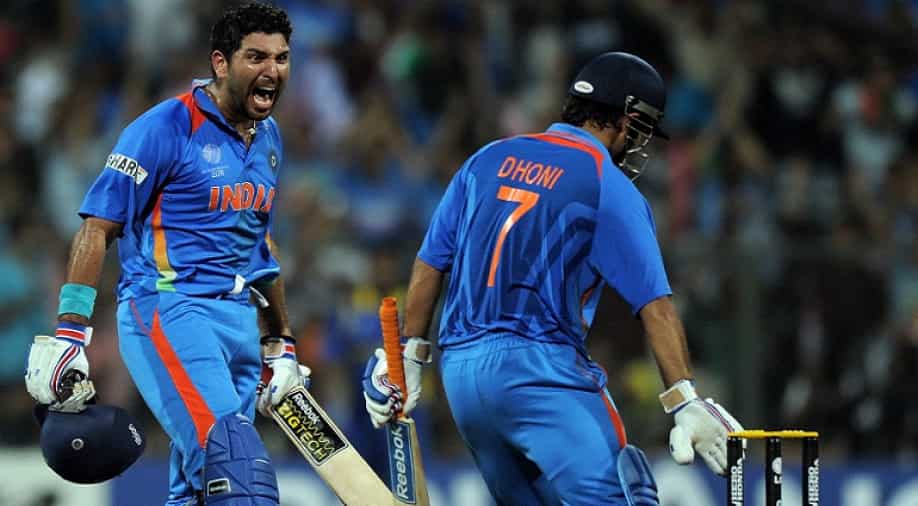 On this day in 2011, the MS Dhoni-led Indian cricket team lifted their second World Cup trophy after defeating Sri Lanka by six wickets in the final at the Wankhede Stadium in Mumbai.

Former India all-rounder Yuvraj Singh relived the memories of India's historic World Cup triumph in 2011 as he shared a throwback post on social media. Saturday (April 2nd) marked the 11th anniversary of India's memorable victory in the final of the 2011 ODI World Cup against Sri Lanka at the Wankhede Stadium in Mumbai.

In his post, Yuvraj said he is proud to be a part of the 2011 World Cup-winning team and that the victory in the final was not just a win but it was also a dream of a billion Indians getting fulfilled. Chasing a target of 275 runs in the final, Gautam Gambhir (97) and captain MS Dhoni (91) played two fabulous knocks to help the Men in Blue bring an end to a 28-year-long wait for their second World Cup triumph.

Recalling the famous World Cup win, which remains one of the greatest achievements of the Indian cricket team, Yuvraj wrote - "This wasn’t just a world cup victory - this was the dream of a billion Indians being fulfilled Proud to be a part of this team that wanted to win the cup for the entire country and for a very special person @sachintendulkar. Nothing can match the pride of wearing the tricolour and bringing glory to the nation."

Yuvraj was one of the key players for India in the 2011 World Cup and played an instrumental role in helping the team lift the trophy after 28 years. Yuvraj was terrific with both the bat and the ball as he scored 362 runs and scalped 15 wickets throughout the tournament to bag the Player of the Tournament award.

India had gotten off to a nervy start in the final as they lost opener Virender Sehwag on a duck on the second ball of the first over before the legendary Sachin Tendulkar departed on 18 off 14 balls. The entire Wankhede Stadium had gone silent after the Master Blaster's dismissal but Gambhir combined with Virat Kohli to steady the ship for India.

The duo added 83 runs for the third wicket before Gambhir combined with Dhoni to add 109 runs for the 4th wicket and take India close to victory. Dhoni then sealed the World Cup with an iconic six off the bowling of Nuwan Kulasekara in the 49th over.