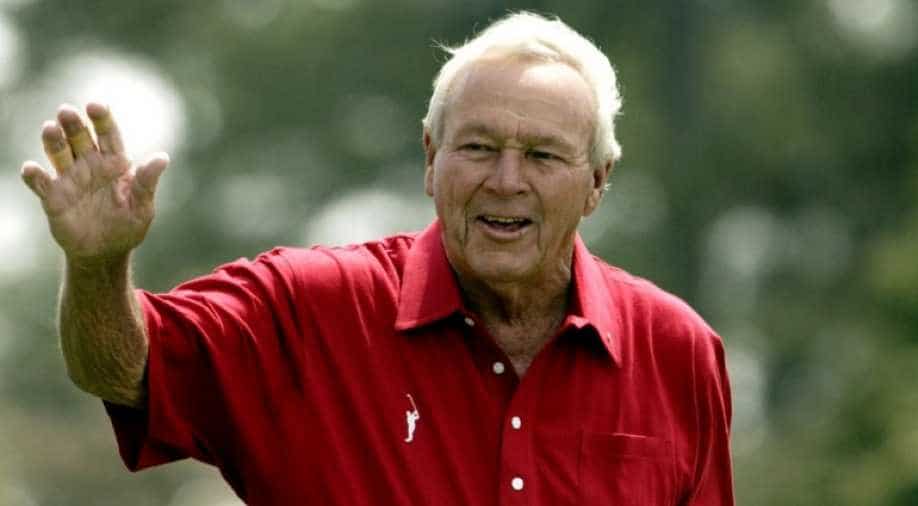 File photo of four-time Masters Champion Arnold Palmer waving to the gallery as they applaud after his tee shot on the first hole, beginning his final appearance in the Masters golf tournament at Augusta National Golf Club in Augusta, Georgia, US on April 9, 2004. Photograph:( Reuters )

The Arnold Palmer Award will be presented to the circuit`s most outstanding rookie, as voted on by the Tour`s membership.

The PGA Tour's Rookie of the Year honours has been renamed after the late Arnold Palmer, one of golf's greatest players whose immense popularity drew a legion of fans to the game.

The Arnold Palmer Award will be presented to the circuit's most outstanding rookie, as voted on by the Tour's membership.

"Arnold Palmer was golf`s greatest ambassador with his go-for-broke style of play, his charitable endeavours and his true passion and respect for the game and its fans,”

"A thumbs up, a wink, a carefully signed autograph, a thank you – simple gestures like these passed on by Mr Palmer to countless young players helped shape their character, on and off the golf course.

"The Arnold Palmer Award will now reflect those contributions in honouring the Tour's most outstanding rookie."

Palmer, whose immense popularity drew a legion of fans to the game at the dawn of the age of televised sport, died in September 2016 of heart complications aged 87.

He still ranks fifth on the PGA Tour list of all-time tournament wins with 62, including seven major championships.