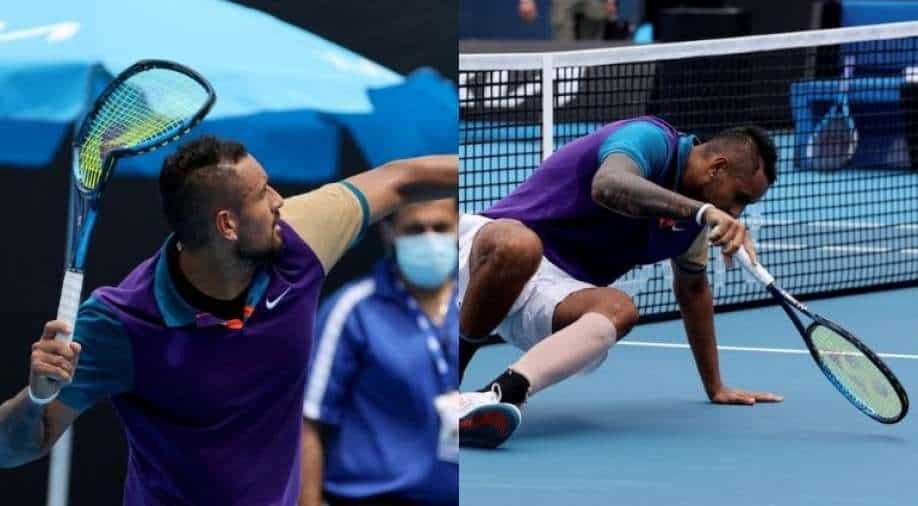 "I can't serve without pain. When I land it feels unstable," local media quoted Kyrgios as telling a trainer between sets.

Nick Kyrgios' meltdowns during the tennis matches are known to all. However, the outspoken Aussie took it too far when he smashed his racquet and threw it in the stands while swearing during Friday's 6-3 6-4 defeat by Borna Coric in the Murray River Open at Melbourne Park.

ALSO READ: Nadal continues to struggle with back problem ahead of Australian Open

The 25-year-old was warned for bad language and docked a point for unsportsmanlike conduct after the incident. Kyrgios was visibly in pain as he struggled with a left knee issue and needed treatment midway through the match at the Australian Open warm-up event. 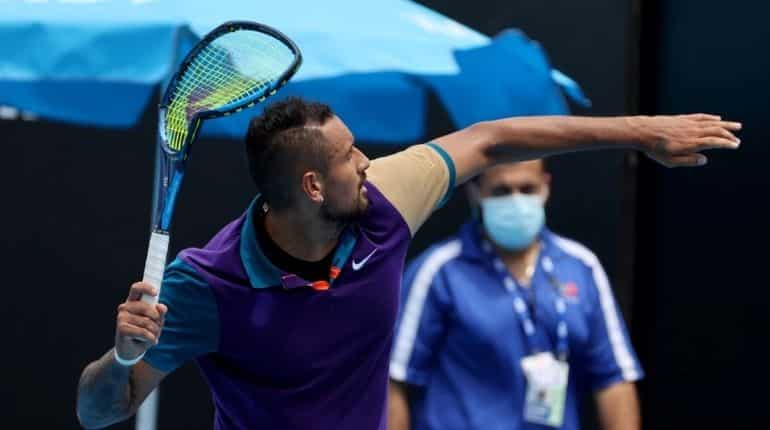 "I can't serve without pain. When I land it feels unstable," local media quoted Kyrgios as telling a trainer between sets.

The Australian ace, who is playing his first tournament in a year due to COVID-19 pandemic, was warned by the chair umpire for swearing at 4-4 in the second set.

Kyrgios smashed his racquet after his serve was broken, he later threw it into the stands.

In the previous match, Nick needed assurances from a tournament supervisor that he would not be fined by the ATP for his behaviour in the last round against Harry Bourchier before agreeing to play on.