From a village in Gujarat to a silver medal in Paralympics: Inspirational journey of Bhavinaben Patel 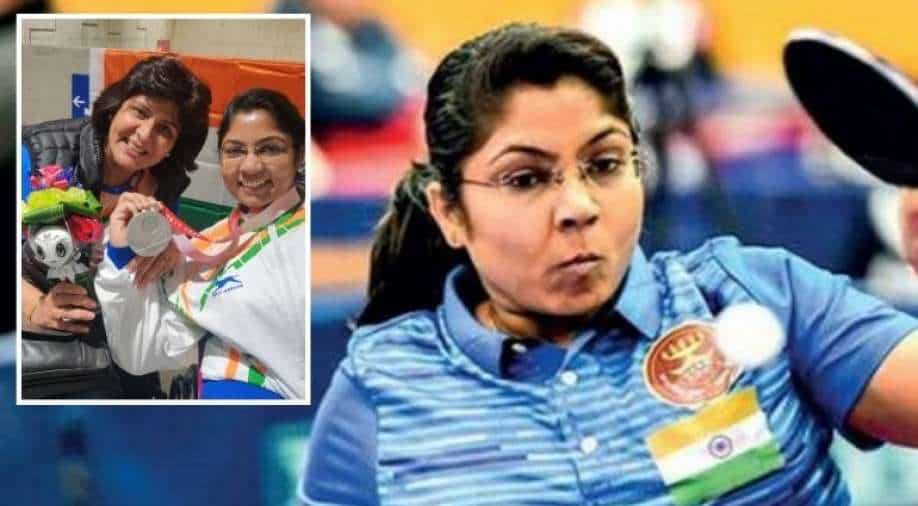 Bhavina, who made her Paralympic debut at Tokyo Games, bagged an elusive silver after losing 0-3 to China's Ying Zhou

Bhavina, who made her Paralympic debut at Tokyo Games, bagged an elusive silver after losing 0-3 to China's Ying Zhou, opening India's medal tally at the Tokyo Paralympics. In a very tight battle that lasted 19 minutes, Patel's impressive run ended with a 7-11, 5-11, 6-11 defeat.

Talking about her mental composure and resilience during the final match against, Bhavina said: "I am able to control my mind very well. It's not a big thing for me. But this was my first experience. The Chinese player played very well. She had a very fast moment and have a huge experience so that's why I was nervous."

On her historic performance, the 34-year-old said, "I'm very happy but I feel bad also because I was little nervous and that prevented me from being 100 per cent. Because of that I'm not entirely satisfied, but I tried my best. I created history."

"This match is a big experience for me. The mistakes I made today, I will take and work at. I will do better next time," Patel said after the gold medal match," she added.

Bhavina made her international debut in 2009 at Jordan and won her first medal in 2011, a silver by beating her Chinese opponent at the Para Table Tennis Thailand Open. She then won a historic silver medal, India's first, in Asian Regional Championship in 2013.

She also took part in several other international tournaments in various countries like Jordan, Taiwan, China, South Korea, but finally won a gold in singles at the International Para Table Tennis Championship in Bangkok, Thailand in 2019.

The ESIC employee based at Ahmedabad had qualified for the Rio 2016 Paralympics but could not play because of a technicality. She was India's best hope in para TT at the 2010 Commonwealth Games but lost in the quarterfinals.

IN PICS | India at Paralympics: From Murlikant Petkar to Deepa Malik — meet the past medallists

Patel was born in Sundhiya village in Gujarat as People in her home town celebrated her victory by dancing, bursting crackers and they also threw 'gulal' on each other. The villagers said that they are very happy over her achievement and feeling proud of her victory. "She is a jewel for not just our village but for the entire country," said a villager.

Bhavina was diagnosed with polio when she was 12-month-old but her journey is nothing short of an inspiration to those who think any kind of physical disability can stop one from dreaming big.

"She may be 'Divyang' (differently-abled), but to us, she never appeared to be so. For us, she is 'Divya' (divine). We are very happy that she has brought a silver medal for our country," her father Hasmukh Patel, told reporters after her victory.