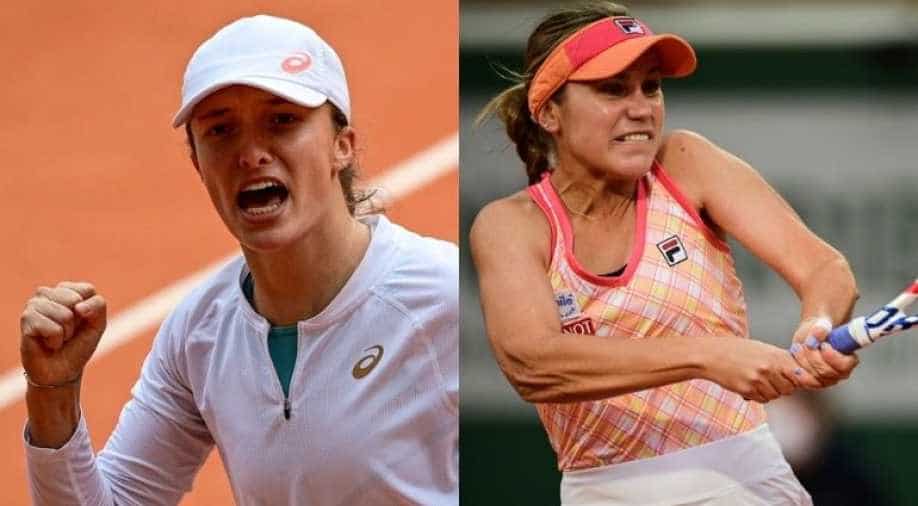 The two players clashed in 2016, where the Polish player had defeated the American seed in the third round of the French Open junior tournament.

Sofia Kenin and Iga Swiatek are set to lock horns at the women's singles finals at the French Open 2020 on Saturday.

Poland's Swiatek has no experience of lifting any major trophy, whereas, the American ace Sofia Kenin has just won the Australian Open earlier this year. 19-year-old Swiatek will be playing her first major finals.

The two players clashed in 2016, where the Polish player had defeated the American seed in the third round of the French Open junior tournament.

No. 4 seeded Kenin will look forward to winning her second Grand Slam title of the season, whereas, her opponent Swiatek is rank no. 54 as per WTA rankings. Swiatek's rank happens to be the lowest rank for a finalist at Roland Garros since the WTA computer rankings were introduced in 1975.

In India, French Open will be broadcasted LIVE on Star Sports 2 and Star Sports Select 2. The tournament will also be streamed LIVE on Disney+ Hotstar.

What time FRENCH OPEN Finals are scheduled for?

Sofia Kenin vs Iga Swiatek Live Streaming at 6:30 AM