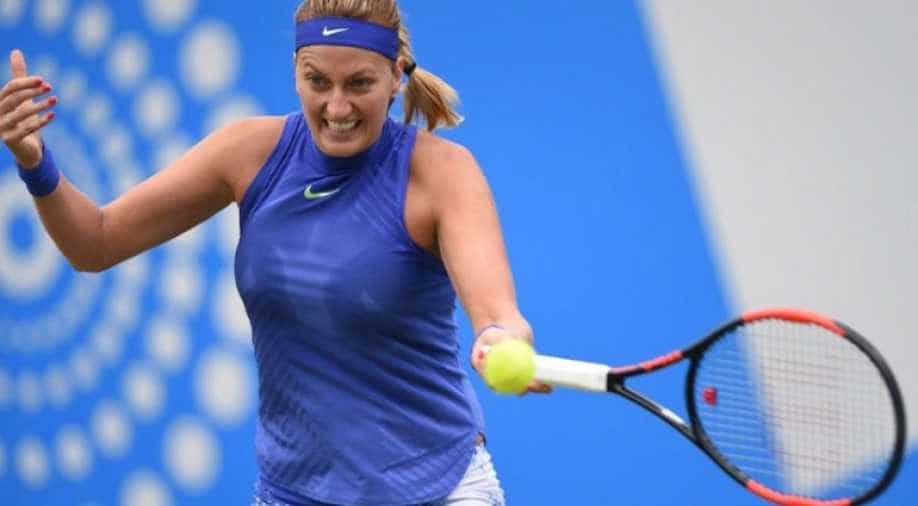 Two-time Wimbledon champion Petra Kvitova on Monday fought back from a set down to beat Paraguayan Veronica Cepede Royg and reach the French Open second round.

The eighth seed struggled early but came through 3-6, 6-1, 7-5 to set up a meeting with Spaniard Lara Arruabarrena.

The 28-year-old Kvitova is one of the favourites to win a maiden Roland Garros title after winning four titles this season, including on clay in Prague and Madrid.

The Czech, who suffered career-threatening injuries on her playing left hand after being attacked in her home by a knife-wielding intruder in December 2016, arrived in Paris on the back of an 11-match winning streak.

However, Cepede Royg came close to snapping that run as she edged 5-4 and 0-15 ahead on Kvitova's serve in the third set.

She was soon saluting the crowd with a raised clenched-fist as she broke in the next game before wrapping up a victory.

"It was really tough, we played over two hours. I was more relaxed in the second but the third was tough again and I was lucky that I got the break," Kvitova said.