French Open: 'I hope one day I can achieve half of what Djokovic has': Stefanos Tsitsipas 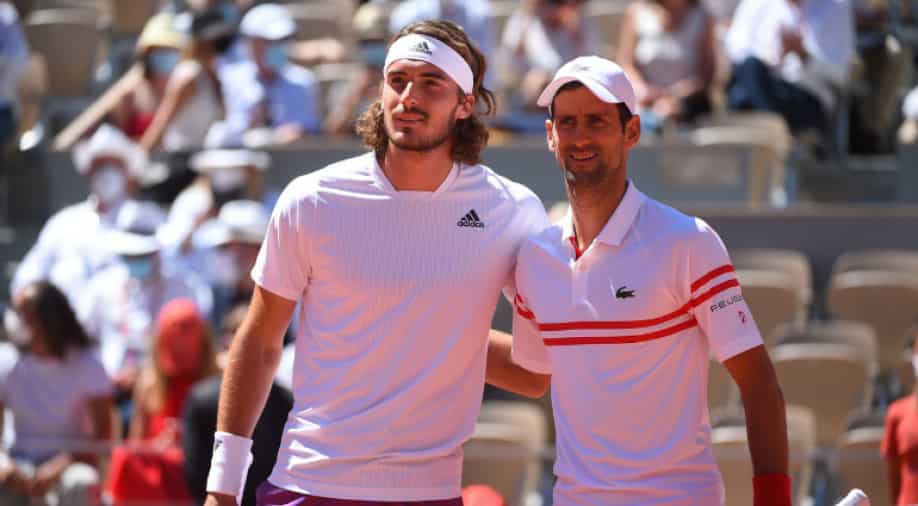 Stefanos Tsitsipas lauds Novak Djokovic and said he hopes he can achieve half of what the legend has done in his distinguished career.

Stefanos Tsitsipas was a set away from winning his maiden Grand Slam title at Roland Garros on Sunday. However, he wavered as a propelled Novak Djokovic upset a two-set deficiency to win 6-7(6), 2-6, 6-3, 6-2, 6-4 and lift his nineteenth Major title.

With the success, Djokovic turned into the first player to lift every Grand Slam trophy twice. He is likewise a solitary Slam behind Roger Federer and Rafael Nadal, who are tied on 20 Majors, respectively.

Talking during the trophy presentation, Tsitsipas honored World No. 1, praising the Serb for his bewildering levels of consistency.

"Big fight, big fight out there, I tried my best," a dejected Tsitsipas said. "First time playing here in the finals. I would say I had a good run and I am happy with myself but let's give it up for Novak because he has shown us in the last couple of years what a great champion he is, how consistent he has been."

Stefanos Tsitsipas said he took motivation from watching the Serb overwhelm the game and that he would have liked to accomplish "half" of what Novak Djokovic has throughout the span of his profession.

"I would say I am inspired by the things he has achieved so far," Stefanos Tsitsipas continued. "I hope one day maybe I can achieve half of what he has done so far."I am sure it's not just Novak, his team has been helping him get there. For the last couple of years, it's a team effort despite us being out there as individuals playing for ourselves. There is a big group of people responsible for us to be out there so."

Tsitsipas appreciated a solid measure of help from the Greek fans on Court Philippe-Chatrier. They vociferously recited his name all through the match and attempted to spike him on to triumph.

Tsitsipas expressed gratitude toward his fans, just as his team, for supporting him all through.

"Great week here at the French Open, I would like to thank the Greek fans that came," Tsitsipas said. "My team has been constantly bucking me up and helping me achieve my dreams. It's a difficult journey, it takes a lot of amount of work every single day. So thank you Roland Garros for making these two weeks so incredible for me. I hope to be back next year and put out a good show again."