Former Dutch star wants Frenkie De Jong to leave Barcelona: 'Plays like he has 50 kilos potatoes on his back' 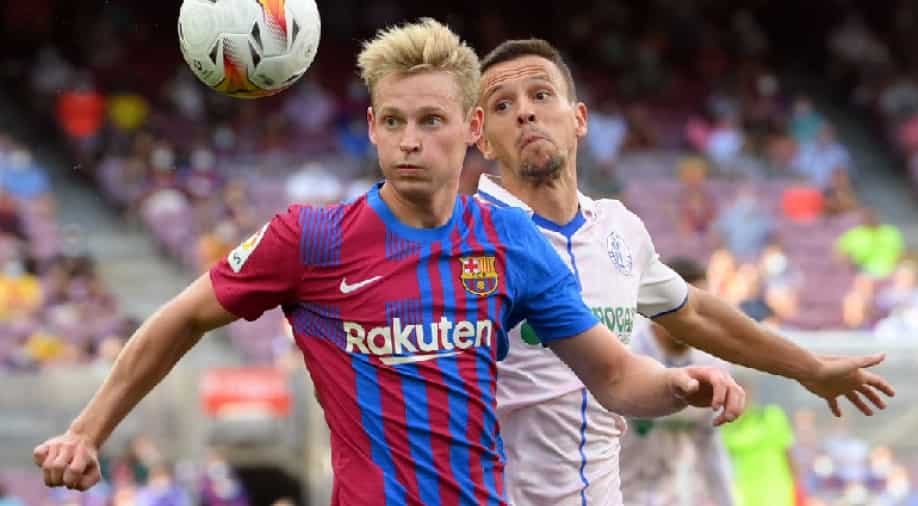 Frenkie De Jong has been advised to leave FC Barcelona for a club like Bayern Munich. Photograph:( AFP )

Former Dutch star Ron Vlaar has urged Frenkie de Jong to leave FC Barcelona and join another top club in Europe amid a severe drop in his form at the Spanish club.

FC Barcelona's struggles over the past few years have been well documented with the club struggling with their finances and failing to make an impact in the Champions League as well as the La Liga. Lionel Messi's departure from the Spanish club this year has further worsened their woes as they have been relegated to the Europa League after failing to qualify for the knockout stage of the Champions League this season.

Barcelona were in a must-win situation in their final Champions League group game against Bayern on Friday. However, they were thrashed 3-0 by the German champions. Barcelona finished third in Group E behind Bayern and Benfica as they were sent to the Europa League.

Frenkie de Jong, who is one of the most talented players in the Barcelona squad at present, has been advised by former Dutch star Ron Vlaar to leave the Spanish club. De Jong has been a pale shadow of his own self at Barca and has struggled to deliver consistently in the midfield.

Former Netherlands defender Vlaar believes De Jong is under immense pressure at Barcelona and plays like someone who is carrying the weight of fifty kilos of potatoes on his back. The Dutchman wants De Jong to leave Barcelona and move to a team like Bayern Munich where he can thrive.

"De Jong now plays football like he has fifty kilos of potatoes on his back. You know what he can bring, but on this team it just doesn't show. I think he's totally out of place right now. A change? To another club? I think Frenkie would play football differently for a team like Bayern," Vlaar said on TV station RTL 7.