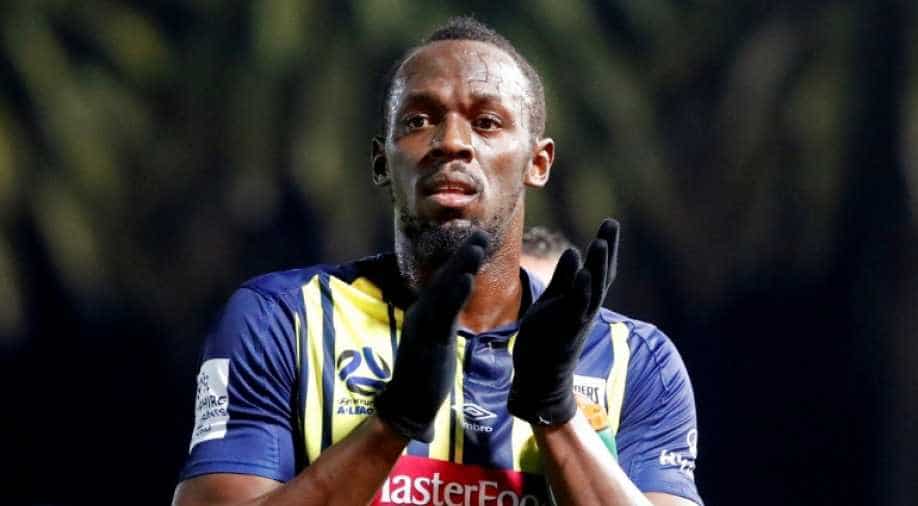 Sprint legend Bolt is working hard to earn a professional A-League contract and re-invent himself as a football player.

Former Australia coach Ange Postecoglou has cast doubt on Usain Bolt's hopes of re-inventing himself as a soccer player and earning a professional A-League contract at the age of 32.

The Olympic champion sprinter is trialing at Central Coast Mariners in Australia's top flight and scored two goals in a pre-season match a week ago.

However, the Jamaican has yet to be offered a contract, and most soccer pundits in Australia have questioned his ability to break into the league.

Postecoglou, who won back-to-back A-League titles as coach of Brisbane Roar, said "good on" Bolt for trying but the 53-year-old was quick to underline the scale of his task.

"It seems to have got some good attention for Central Coast Mariners, the club there," Postecoglou, now coaching Japanese club Yokohama, told local media.

"But beyond that I've always believed that football is one of those sports that's very, very difficult to just change from one to the other.

"If you haven't done it from a very small age and hone your technique and skills, (it's) very, very difficult at a later age to switch to our sport and play at the highest level."

Earlier this week, Bolt was offered a two-year deal by Valletta FC, local champions in the tiny Mediterranean island state of Malta, but turned it down, ESPN reported, citing his manager.