Tissue paper used by Lionel Messi during Barcelona farewell is up for sale; check out the whopping price tag 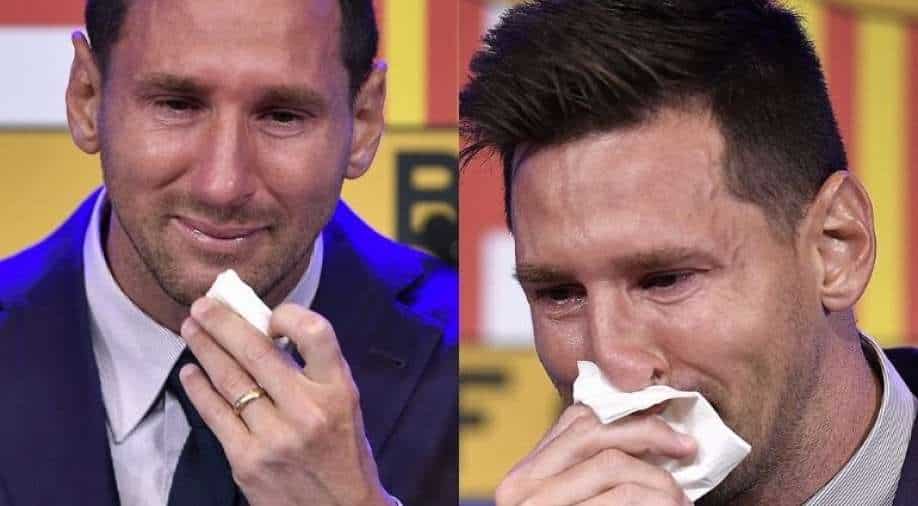 During his farewell speech, the Argentine broke down into tears. His wife Antonella was seen giving the football star a tissue to wipe his tears off.

Lionel Messi bid an emotional goodbye to his former club Barcelona. During his farewell speech, the Argentine broke down into tears. His wife Antonella was seen giving the football star a tissue to wipe his tears off.

Reportedly, the tissue paper used by Lionel Messi is up for a sale for a whopping $1 million. According to Complete Sports, a man, who sat at the front row of the same press conference, managed to scoop up the discarded tissue paper.

"In recent days I have been thinking about what I could say and the truth is that I cant think of anything, This is really difficult for me after so many years. I am not ready with this," he said during his farewell speech.

"Since I was 13 I am here. I am really grateful for everything. My teammates, the former players, this club, So many beautiful things have happened in this club and have made me the person I am today," he added.

"It is difficult to choose one memorable moment. But, maybe the time when I made my debut - it was my dream come true. I will always remember the moment it all started," when he was asked about one of the memorable moments.

Messi joined French side Paris Saint Germain on a two-year contract and is yet to debut for his new club.