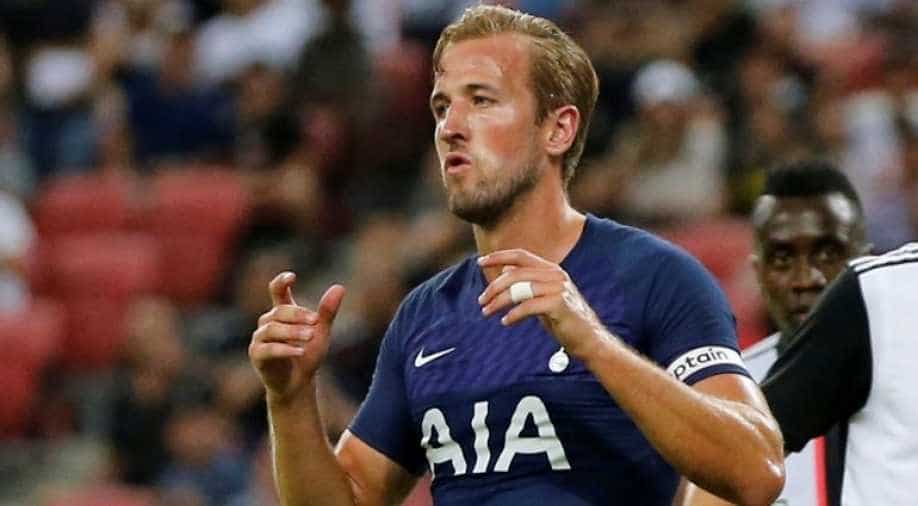 Tottenham Hotspur icon Harry Kane has not mentioned anything about wishing to leave the Premier League side, said caretaker manager Ryan Mason on Tuesday.

Tottenham Hotspur icon Harry Kane has not mentioned anything about wishing to leave the Premier League side, said caretaker manager Ryan Mason on Tuesday.

Mason was responding to questions over media reports on Monday that Kane's patience had finally broken at the lack of silverware and he wanted to move to a more competitive club.

The England captain reportedly wants his future resolved before the delayed Euro 2020 starts on June 11.

Kane's contract with Tottenham has another three years to run and chairman Daniel Levy is known to be a tough negotiator, which could ruin the 27-year-old's hopes of a quick resolution.

Mason was adamant at his press conference on the eve of their penultimate league game with Aston Villa that the topic had not been raised by Kane.

Kane and Mason go back a long way having been team-mates at Spurs till 2016 when the latter left.

"No, not that I'm aware of," said Mason when questioned whether Kane has asked to leave.

"All of my conversations with Harry have been about the game. All these conversations, I am not so sure. I don't know.

"I speak to Harry pretty much every day.

"He's excited along with me about (Wednesday's game against Aston Villa). Our only discussions have been about the game tomorrow. We're looking forward to tomorrow."

Mason confirmed that Kane, who is in contention for a third Premier League Golden Boot, will start against Villa on Wednesday in front of 10,000 home fans.

"He starts tomorrow because he is our best striker and he is one of the best strikers in the world," Mason said.

"I have been consistent, I am here for the next two games and that is my main focus in preparing a football team and winning a game of football.

"Hopefully we can do that and Harry can get on the scoresheet.

"They'll love seeing him play. He loves the club, he's been here from a very young age, come through the system.

"I'm sure the fans are excited to see Harry play."

Premier League champions Manchester City, Manchester United and Champions League finalists Chelsea have all been mooted as likely suitors for Kane, who has scored 32 goals in all competitions this term.

Kane, a product of the club's youth academy, has scored 220 goals in 334 total appearances for Tottenham, establishing himself as one of the world's best forwards.

But he sparked speculation about a potential move earlier this season when he said it was "hard" to talk about his future.

He has regularly spoken about his desire to win trophies, but is yet to land one with Tottenham, who are without major silverware since the 2008 League Cup.

During Kane's time in Spurs' first team, they have lost in the 2019 Champions League final against Liverpool and been beaten in two League Cup finals, including this season's against Manchester City.