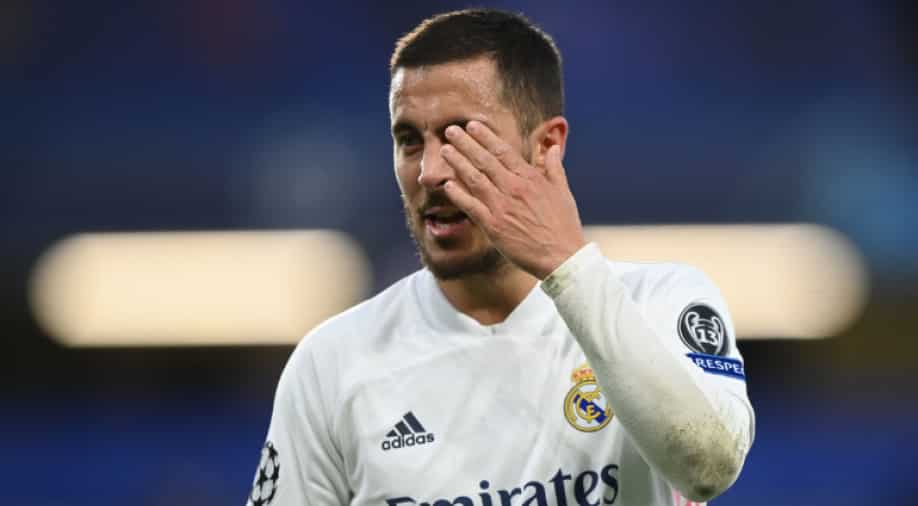 Real Madrid player Eden Hazard has come out and communicated his longing to remain at the Santiago Bernabeu and battle for this spot in the beginning XI.

Real Madrid player Eden Hazard has come out and communicated his longing to remain at the Santiago Bernabeu and battle for this spot in the beginning XI. The 30-year-old winger has had a physical issue loaded time at Real Madrid since the time he left Chelsea for a cosmic charge of £103 million.

Be that as it may, Eden Hazard is quick to show his actual potential to the Real Madrid fans whenever they are permitted back inside the Santiago Bernabeu. He likewise trusts that his time in Spain isn't finished and won't leave Madrid as a failure.

In a conversation with Het Nieuwsblad, Eden Hazard said:  "It didn't occur to me for a second that it would be better for me to leave. I won't leave there as a failure. I only want to show that I'm made for Real Madrid. The last two years have been difficult, I've been at Madrid without really being at Madrid, you know... We've played in a stadium without fans, and I signed to play at a full Bernabeu."

Hazard has said he can possibly make the most of his football on the off chance that he is sans injury, which hasn't been the situation since joining Real Madrid. The 30-year-old has confronted a great deal of analysis in regards to his demonstrable skill from the Los Blancos devoted.

In any case, Hazard accepts that getting back from numerous injuries is troublesome. He added:

"I'm only myself when I can enjoy myself on the pitch. That hasn't happened in the last two years at Madrid. If you have one or two injuries you can flip the switch, you recover to come back stronger, but if it's five, six, seven it's much more difficult mentally. But I keep going."

Eden Hazard will work under new manager Carlo Ancelotti when he gets back to Real Madrid from Euro 2020. Carlo Ancelotti has effectively lauded the Belgian and that he may have a more promising time to come under the new manager. At his divulging as Real Madrid supervisor, Carlo Ancelotti said: "He's a top player. He's had problems, the first season he had an important injury... this could be the year for him to reach his potential."