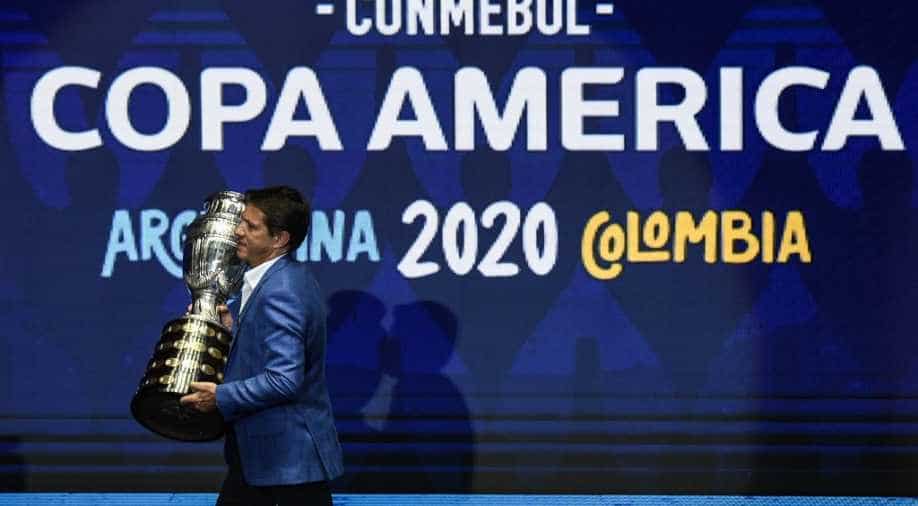 The South American Football Confederation said on Sunday that Argentina would no longer host the Copa America.

The South American Football Confederation (CONMEBOL) said on Sunday (May 30) that Argentina would no longer host the Copa America, throwing the troubled tournament into doubt just 13 days before it was due to kick off.

The tournament between ten South American nations was scheduled to be held in Argentina and Colombia between June 13 and July 10 but Colombia was removed as co-host on May 20 and Argentina has now followed due to what CONMEBOL said was "the present circumstances."

CONMEBOL did not disclose the nature of the circumstances that led to the decision but Argentina is currently suffering from a surge in COVID-19 cases.

"CONMEBOL is analyzing offers from other countries that have shown interest in hosting the continental tournament," it said in a short statement. "Updates will be announced soon."

Sunday's decision was announced shortly before 11 p.m. in Argentina and comes as yet another blow to a tournament that was held over from 2020 due to the pandemic.

This year's Copa America was to be the first featuring joint hosts but Colombia was removed as co-hosts after a wave of protests demanding social and economic change spread across the country.

CONMEBOL said the 15 games scheduled for Colombia would be moved either to Argentina, which was due to host the other 13 matches, or somewhere else.