Focus on colour 'blue': Rohit Sharma tells Team India to get over with IPL auctions ahead of WI T20Is 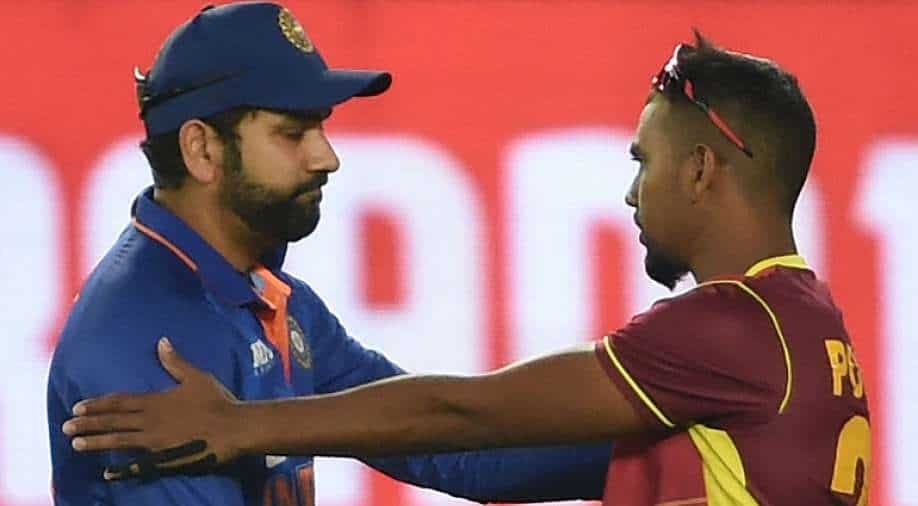 Skipper Rohit Sharma said that the Indian Premier League (IPL) mega auction is over and the focus of everyone on his side should be on the colour 'blue'.

India white-ball skipper Rohit Sharma on Tuesday said that the Indian Premier League (IPL) mega auction is over and the focus of everyone on his side should be on the colour 'blue' and the mission should be to do best for the country.

India and West Indies will lock horns in three T20Is beginning Wednesday and the focus will be on the brand of cricket India play, having witnessed disappointment in T20 World Cup 2021.

The Men in Blue also need to develop a core nucleus that will play for them in the T20 World Cup 2022, Australia.

"It was understood that guys will go through ups and downs, some emotional feeling within themselves on which team they will play for in the IPL. But that was done the day before yesterday, we had a great meeting with everyone and we asked them to focus on the colour blue for the next two weeks."

"Whatever has happened has happened, for the next two weeks, they have to focus on playing for India, nothing else," said Rohit during a virtual press conference.

"That is something we spoke of and all these guys are professionals, you can expect once they wear India colours, it is all about India, nothing else matters," he added.

Rohit's franchise Mumbai Indians picked up Ishan Kishan for Rs 15.25 crore in the mega auction. However, the India white-ball skipper stressed that right now the focus remains on playing for the country.

"There is no consideration of IPL here honestly. We are not looking at where will players bat for their franchise in the IPL, we are looking at where they will bat for Team India, as simple as that. We will be focusing on this, these guys do different roles for their franchises, what we need from them here is important. IPL will happen later, we will take care of it them," said Rohit.

"This is the time for us to do things and guys have been spoken to on what we are expecting out of them. Whether it is bowler or batter, the clarity has been given to them and it is up to them on how they want to adapt," he added.