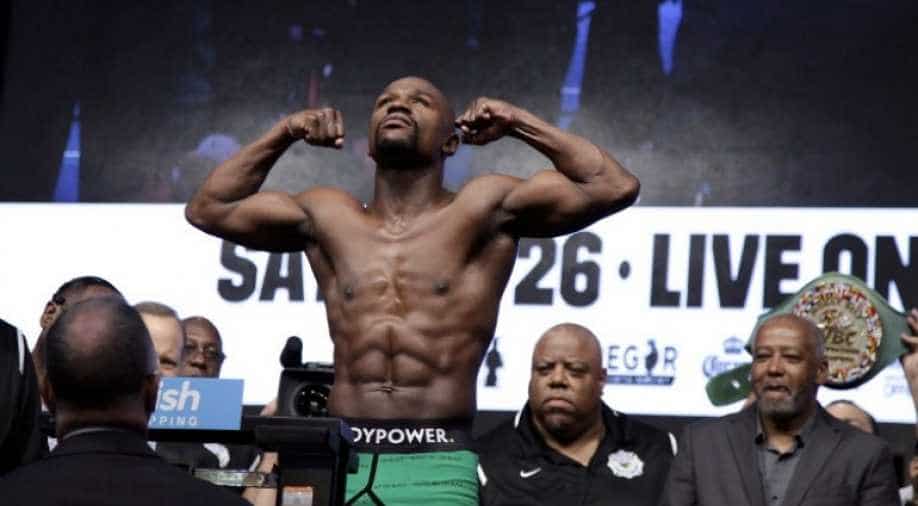 Mayweather, who won the first of his 12 world titles in 1998, first announced his retirement in 2007 but quickly returned to the ring.

Boxing great Floyd Mayweather has announced on social media that he will come out of retirement in 2020, an apparent u-turn after telling Reuters earlier this week he had finished with combat sports.

The 42-year-old American, who has retired in the past only to be drawn back for another colossal payday, had said he was content to hang up his gloves with an unblemished 50-0 record.

"I've got calls to get back into the ring, but my health is my wealth," Mayweather told Reuters at the recent opening of a Mayweather Boxing + Fitness gym in Torrance, California.

"Boxing is a very, very brutal sport. In the last few years a lot of fighters have died inside that squared circle."

"You have got to know when to hang it up. I had a great career," he said, throwing cold water on the prospects of a rumoured rematch against Manny Pacquiao or Canelo Alvarez next year.

However posting on his Instagram, Mayweather said 'Coming out of Retirement in 2020', the caption under a picture of him in just boxing shorts with his hands wrapped.

Mayweather, who won the first of his 12 world titles in 1998, first announced his retirement in 2007 but quickly returned to the ring.

He retired again in 2015 only to come back to defeat mixed martial artist Conor McGregor in 2017. After that battle he said his professional career was truly over.

He has participated in exhibition matches. In January he demolished Japanese kickboxer Tenshin Nasukawa in less than three minutes.

"I'll still travel and do exhibitions. I make great money doing exhibitions -- between $10 and $30 million," he said of the fights, which have no bearing on his professional record.

"I think I make more doing that than most fighters make fighting."