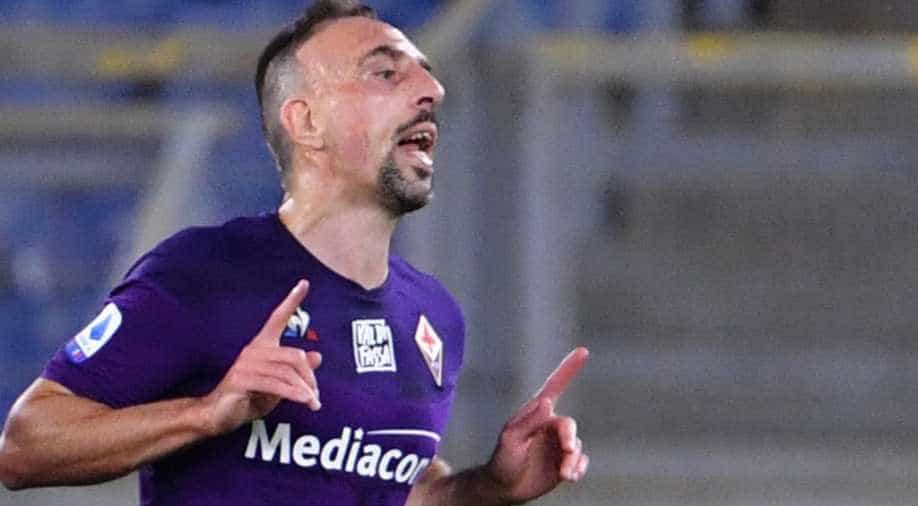 Fiorentina's Ribery took to Twitter and shared a clip of his house burgled after his club's win at Parma on Sunday.

French football star Franck Ribery is concerned about his future in Serie A after his house was burgled in Florence.

Fiorentina's Ribery took to Twitter and shared a clip of his house burgled after his club's win at Parma on Sunday.

"I went back home, this 'home' in Italy where I decided to continue my career after so many great years at (Bayern) Munich, and this is what I found," wrote the 37-year-old.

He reported that his wife's jewellery and handbags were missing and told about the main damage was "the shock, the feeling of being naked, of having your trousers taken down, and that's not on, I won't accept it!"

Former Bundesliga star joined Fiorentina last year, however, now he doubts the longevity of his stay in Italy.

"Thank god my wife and kids were safe in Munich but how can you be sure these days? How can I/we feel good here after today?

"I'm not chasing millions...but instead always chasing the ball because it's my passion.

"But passion or not my family is more important than anything, and we will take the necessary decisions based on our well-being."