Fight for trophies and equality linked at U.S. Open 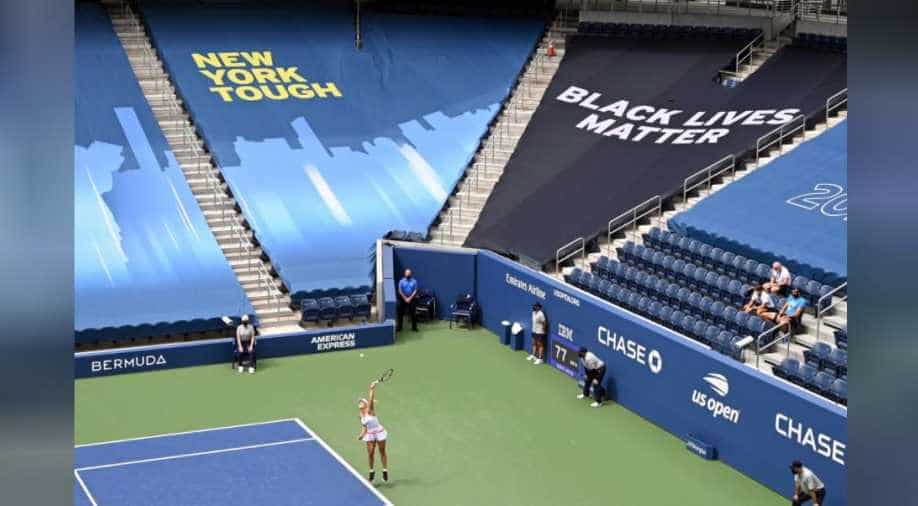 The Billie Jean King National Tennis Center, home to the U.S. Open for the next fortnight, is hallowed ground both for sport and activism, its centerpiece Arthur Ashe Stadium a monument to grand slam winners and champions of social and racial justice alike.

The Billie Jean King National Tennis Center, home to the U.S. Open for the next fortnight, is hallowed ground both for sport and activism, its centerpiece Arthur Ashe Stadium a monument to grand slam winners and champions of social and racial justice alike.

Stadium and arena naming rights can be sold for hundreds of millions of dollars these days but the United States Tennis Association (USTA) instead chose to honor its heroes.

Arthur Ashe, one of the first Black Grand Slam champions, is also revered as a humanitarian and activist while King is another Grand Slam winner who has spent her life fighting for gender equality.

A statue of Ashe guards the main entrance to the stadium honoring him, close to one of Althea Gibson, the first Black American to win a Grand Slam, carved from granite with her shoulder exposed to make clear that those who followed stand on her shoulders.

“He (Ashe) fought so many battles and, not only fought, but won,” said seven-time Grand Slam winner Venus Williams at the National Junior and Tennis Learning Network co-founded by Ashe. “It’s incredible, the things that he faced to give us opportunities.”

Venus and her sister Serena, who will be chasing a record-equalling 24th career Grand Slam title at the U.S. Open, have both experienced racism on the courts.

Tennis’s most famous siblings were due to play each other in the semi-finals at Indian Wells in 2001 but Venus pulled out minutes before the match, citing injury.

Spectators vented their displeasure about the late withdrawal during the final, booing Serena and jeering her sister and father Richard Williams when the pair arrived to watch the match.

Richard Williams alleged he had heard racist taunts from the crowd.

The Williams family would boycott the event, one of the largest outside the Grand Slams, for the next 13 years.

As play began on Monday at the sprawling, 46-acre center in Queens, tennis was back in the sporting spotlight after the protests sparked by the police shooting of Jacob Blake, a Black man in Kenosha, Wisconsin, that led athletes and sports leagues across the United States last week to shut down in a show of solidarity.

Some of tennis’s biggest names were playing on Day One, including top men’s seed Novak Djokovic, but the focus was on the last match of the evening featuring Naomi Osaka, the 22-year-old born in Japan to a Haitian father and Japanese mother, who has been passed the activist torch.

It was Osaka who pushed tennis to act when she chose not to play her Western & Southern Open semi-final on Thursday, forcing the hand of the WTA, ATP and USTA to join other sports and suspend competition.

“I do believe she is going to be a future leader, I believe she is a present leader,” James Blake, a former world number four who is now Tournament Director of the Miami Open, told Reuters. “I got goosebumps every time I stepped on that court.

“What you can do is just take a quote from Arthur Ashe: ‘Start where you are. Use what you have. Do what you can’.”

In 2015 James Blake, who is Black, was slammed to the ground and handcuffed without provocation or warning by a New York Police Department officer while on his way to the U.S. Open, in what the NYPD said was a case of mistaken identity.

At the time Blake hesitated to call it racial profiling but he has a different view today, particularly in the light of recent events.

“I’m not shocked, I’m saddened by the fact there has been very little progress in the last five years,” Blake told Reuters. “To me it was racial profiling and I wasn’t doing anything except standing there being Black.”