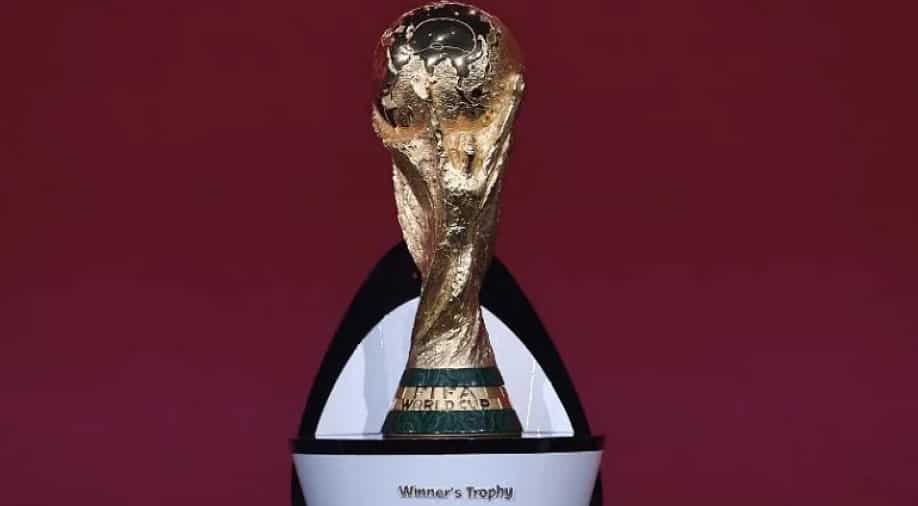 Qatar will host the most compact version of the tournament in modern history. Photograph:( AFP )

The highly anticipated finals draw for the FIFA World Cup Qatar 2022 is all set to take place at the Doha Exhibition and Convention Center in Qatar on April 1.

The highly anticipated finals draw for the FIFA World Cup Qatar 2022 is all set to take place at the Doha Exhibition and Convention Center in Qatar on April 1.

As per the Organising Committee for FIFA Competitions protocols, 28 pre-qualified teams will be allocated from pots 1 to 4 based on the FIFA Men's World Ranking released on March 31.

As hosts, Qatar will take position A1 from Pot 1, where they will be joined by the seven highest-ranked qualified teams from the FIFA Men's World Ranking.

The countries occupying positions 8-15 in the ranking of the qualified teams will be allocated to Pot 2, while the 16th-23rd best-ranked qualifiers will be placed in Pot 3.

Finally, Pot 4 will include the qualified teams in positions 24 to 28, plus three placeholders representing the two winners of the intercontinental play-offs and the remaining UEFA play-off winner.

Football fans can watch their favourite teams getting drawn into various groups live on History TV18 and Voot at 21:30 IST.

The Qatar World Cup, with 32 teams, will maintain a classic format of eight groups of four teams that will play three round-robin, one-legged matches.

The top two finishers from each group will advance to the Round of 16 and will face each other in the following format: A vs B, C vs D, E vs F and G vs H.

In the World Cup, unlike European Championship, there is an extra match, the third and fourth place match played by the two losing semifinalists, the day before the final.

Qatar in 2022 will host the first FIFA World Cup in the Middle East and Arab world and will only be the second one to be played on the Asian continent.

The 22nd edition of the tournament will kick off on November 21, 2022, when Qatar -- the reigning champions of Asia -- take their FIFA World Cup bow at the tournament's first match at the stunning 60,000-seat Al Bayt Stadium in Al Khor City.

Notably, Qatar will host the most compact version of the tournament in modern history.

All eight stadiums are within 50km of central Doha, while fans, players, and officials will be able to stay in one accommodation throughout the event, which will conclude with the final at the 80,000-seat Lusail Stadium on December 18, 2022 -- which is also Qatar National Day.