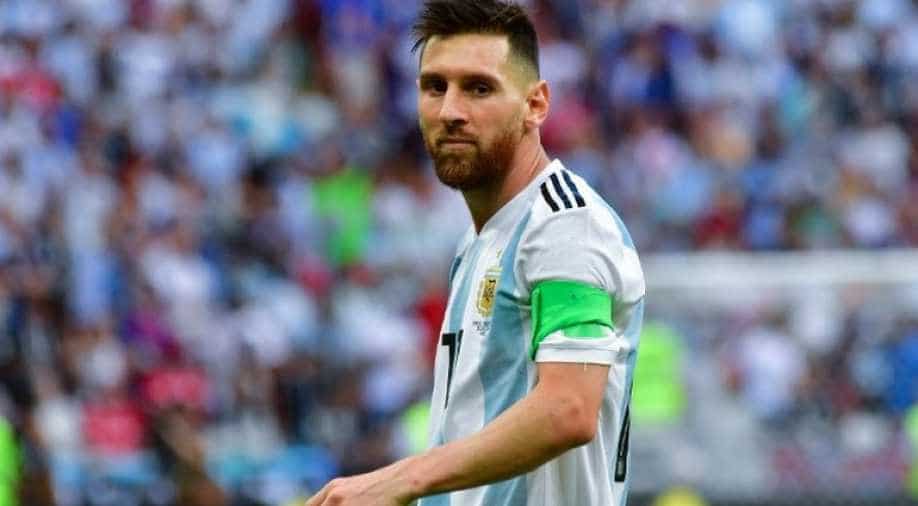 Argentina crashed out of FIFA World Cup 2018 race after Kylian Mbappe scored two goals in four second-half minutes to send France into the World Cup quarter-finals with a thrilling 4-3 win on Saturday.

With his game, both Lionel Messi and Argentina are out from the World Cup.

The France number 10 was everything the Argentina number 10 wasn’t here, exuding the quality that used to be Messi’s trademark, he was the man who made the difference.

The explosive 19-year-old netted France's third goal in the 64th minute and sealed the win four minutes later with a cool finish to set up a quarter-final clash.

He is the first teenager since Brazilian great Pele in the 1958 final to score two goals in one World Cup match.

Argentina's goals came from Angel Di Maria, who unleashed a stunning long-range strike in the 41st minute to draw them level at 1-1, before Gabriel Mercado put them ahead after the break.

Di Maria unleashed a stunning long-range strike in the 41st minute to draw Argentina level at 1-1 against France at half-time of their round of 16 World Cup clash.

His brilliant goal cancelled out a 13th minute penalty converted by France striker Antoine Griezmann at the Kazan Arena.

The penalty was awarded after Marcos Rojo brought down Kylian Mbappe in the area after the France forward made a searing break from midfield.

But as of now, it's all over for two-time champions Argentina.