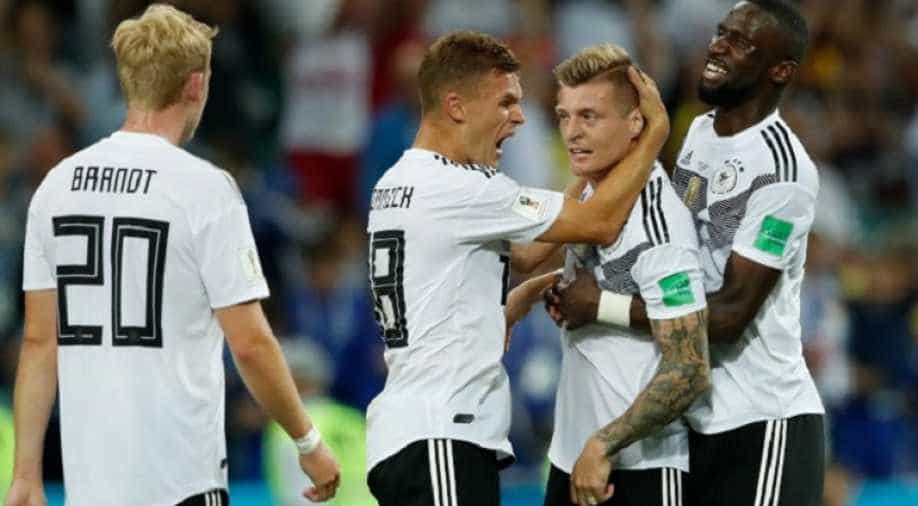 Toni Kroos played a vital cog in the tale as Germany saved their noses to stay alive in the FIFA World Cup 2018 edging past Sweden 2-1.

Kroos scored the winner in the added time as the World Champions clinched home a victory after their loss to Mexico in the inaugural fixture.

The winning goal was a stunner.

A free kick won on the left that Kroos rolled a yard ahead to Marco Reus.

Reus stopped the ball and stepped back as Kroos took a full shot and curled over a group of defenders, around goalkeeper Robin Olsen and inside the right post.

Germany played a dominating first-half of football only to trail by a goal to Sweden.

The Swedes produced a moment of inspiration through Ola Toivonen to edge over the Germans in the first 45 minutes.

The Germans had the maximum possession, shots on goal but the scoreline does not reflect the story as their shots were well blocked by the opponents.

The Germans now probably need only a win over winless South Korea in their final group game to advance out of the first round.