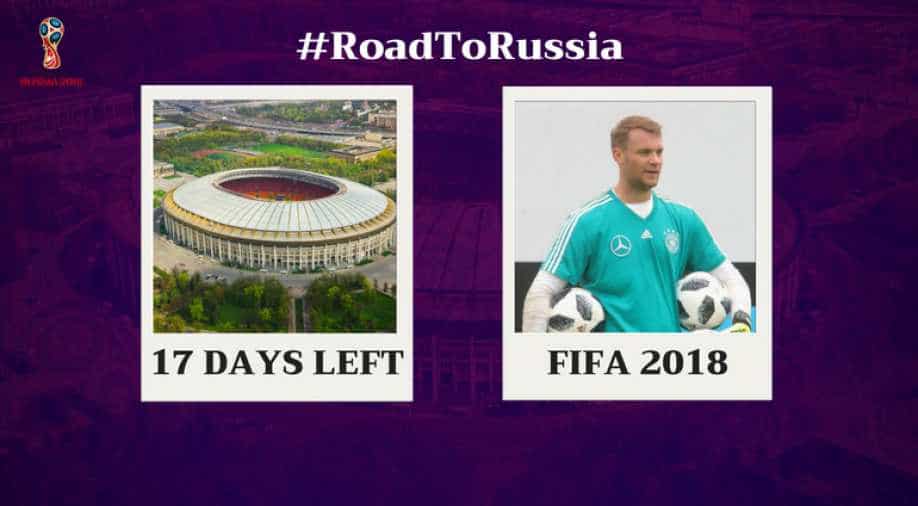 German goalkeeper Manuel Neuer is regaining full fitness and getting ready for the Football World cup which is scheduled to start from next month.

On 16 September 2017, Neuer suffered the second metatarsal fracture within six months while playing against Mainz in a Bundesliga game.

German coach Joachim Loew is confident that the 32-year-old Germany captain, part of his 2014 World Cup-winning team, would play in Russia.

Although, time is running fast but Manuel Neuer has one last chance to prove his mettle for the world champions' title defence ahead of FIFA 2018.

The defending champions will play their second friendly match on June 2 against Austria.

However, Neuer had taken part in Germany's training session but the final 23-man squad will be announced on June 3.

Germany will begin their World Cup campaign against Mexico in Moscow on 17 June. Sweden and South Korea complete Group F.

Bayern Munich keeper Neuer has not played since breaking a bone in his foot back in September that required surgery, putting his chances of making the finals in doubt.