FIFA 2018: Do you know that first FIFA trophy was stolen and never recovered 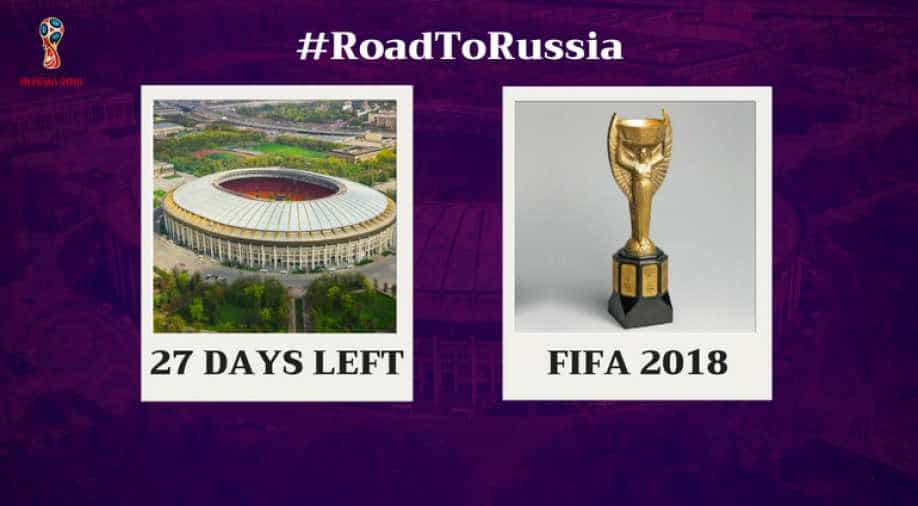 The madness has begun for one of the biggest sporting events on earth -&nbspfootball World Cup. FIFA 2018 is the 21st edition of football World Cup which is being hosted by Russia and will start from June 14.

The winner will be awarded the famous gold trophy. Since, the inception of&nbspFIFA World Cup association football tournament in 1930, two trophies have been used, the first is the Jules Rimet Trophy from 1930 to 1970 and the other is the FIFA World Cup Trophy which has been passed down since 1974.

The question most football fanatics cannot fathom is why was trophy changed in 1974?

Jules Rimet Trophy was originally named 'Victory' because the Cup was supported by a winged figure representing Nike, the ancient Greek goddess of victory but later was renamed in the honour of former FIFA president Jules Rimet.

It was made of gold plated sterling silver and lapis lazuli and depicted Nike, the Greek goddess of victory.

On 20 March 1966, four months before the 1966 FIFA World Cup in England, the Jules Rimet Trophy was stolen during a public exhibition at Westminster Central Hall. Although, seven days later the trophy was somehow recovered from south London.

But the fate of the famous trophy did not last long&nbspafter Brazil won the World Cup in 1970 and the trophy was kept on the display at the Brazilian Football Confederation headquarters in Rio de Janerio.

In 1983, the original Jules Rimet trophy was stolen from the display window and never recovered. It is believed that the trophy was melted and sold. Only the original base was recovered which is kept at the FIFA headquarters in Zurich.

Later, the trophy was replaced in the year 1974 by the famous hand-and-ball sculpture which was designed by Italian artist Silvio Gazzaniga. The trophy stands 36.5 centimetres tall and is made of 5 kg of gold.

West Germany became the first nation to win the new trophy in 1974 beating Holland in a thrilling final at home.