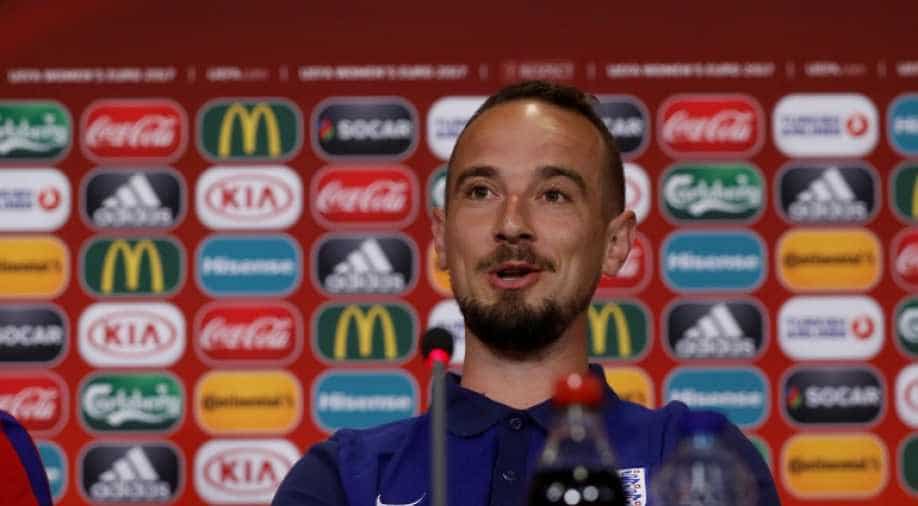 The 36-year-old brought a case of unfair dismissal against the governing body that was due to be heard this week.

The FA sacked Sampson in September 2017 as a consequence of "inappropriate and unacceptable behaviour" in a previous position, and the 36-year-old brought a case of unfair dismissal against the governing body that was due to be heard this week.

"We can confirm that a confidential settlement has been entered into between the FA and Mark Sampson to bring the dispute around the termination of his employment to an agreed close," the FA said in a statement.

"We will not be commenting further on the matter."

Sampson, who took the England job in December 2013, was sacked one day after the team beat Russia 6-0 in a World Cup qualifier.

At the time of his dismissal, the FA said it had been made aware of a full report of an investigation into allegations of safeguarding made against Sampson in 2014, relating to his time at top-flight side Bristol Academy.

The safeguarding assessment was that Sampson did not pose a risk working in the game, but the FA judged the full report of the investigation to have revealed "clear evidence of inappropriate and unacceptable behaviour by a coach".

Before his contract was terminated, Sampson was investigated and subsequently cleared after being accused of discrimination and bullying by two England players, Eniola Aluko and Drew Spence.