Exclusive | Fine with saliva ban, matches behind closed doors as it is for everyone's safety: Navdeep Saini 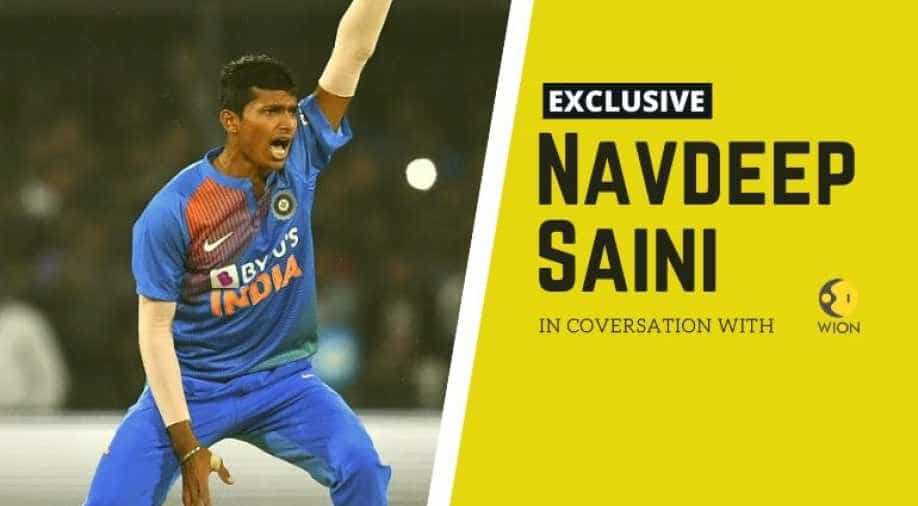 In an exclusive interview with WION’s Subhayan Chakraborty, Navdeep Saini spoke on various topics ranging from the much-debated saliva ban, matches behind closed doors, the importance of Indian Premier League, Virat Kohli’s impact on his career and much more.

Young Indian speedster Navdeep Saini has made a sparkling impact with his raw pace and ability to extract sharp bounce off the pitch. His ability to bowl quick besides deadly yorkers have made him one of the hottest pace bowling prospects in world cricket.

In an exclusive interview with WION’s Subhayan Chakraborty, Navdeep Saini spoke on various topics ranging from the much-debated saliva ban, matches behind closed doors, the importance of Indian Premier League, Virat Kohli’s impact on his career and much more.

Subhayan Chakraborty: Navdeep, the big talking point is the ban on the usage of saliva. Will it really put an impact on bowlers?

Navdeep Saini: I don’t think it will put a real impact on bowlers. Yes, it will be a strange feeling for bowlers initially but everyone will get accustomed to the new rules and guidelines. Saliva ban is not only for a single bowler or a team, the rule is for everyone so I don’t think it will be an advantage or disadvantage for anyone. Players need to adapt as per the demand of the situation and hopefully, bowlers will come out stronger. 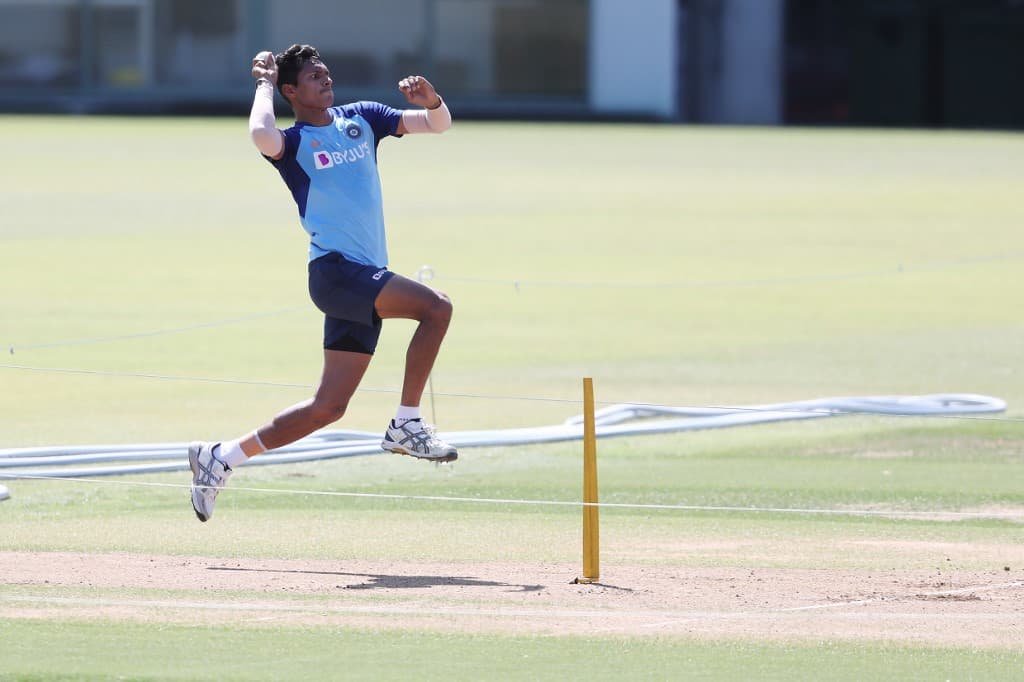 SC: And what about reverse swing…

NS: As I said, it will be tough for bowlers to get a hang of it initially. But still, we are allowed to use sweat to shine the ball. Yes, saliva has been the go-to option for bowlers to polish the ball but don’t think the ban should bother pacers much. It is for everyone’s safety and well-being.

SC: How tough will it be to police it, especially in domestic matches? Several players have already raised their concerns…

NS: Players have to take the onus on themselves. This rule is being implemented for everyone’s well-being. We are professionals and if it is being done for our own good then I don’t think players should look to use it for their benefit. Officials will have to be extra careful, of course. But more responsibility is on the players to not use saliva at all during matches.

SC: Another major talking point in the world of sports is empty stadiums. Do you think it will kill the energy of the matches?

NS: Whenever a player or team gets the backing of the crowd, they get naturally motivated to give their best shot. Yes, not having any crowd in matches will have a bit of effect on us players but as it has been implemented for our safety, I think that is the possible option available for the authorities. Everyone’s safety is the topmost priority for the organisers. But matches behind closed doors doesn’t mean players will not give their best effort to win matches, we take the field to make our country proud and will continue to do so. 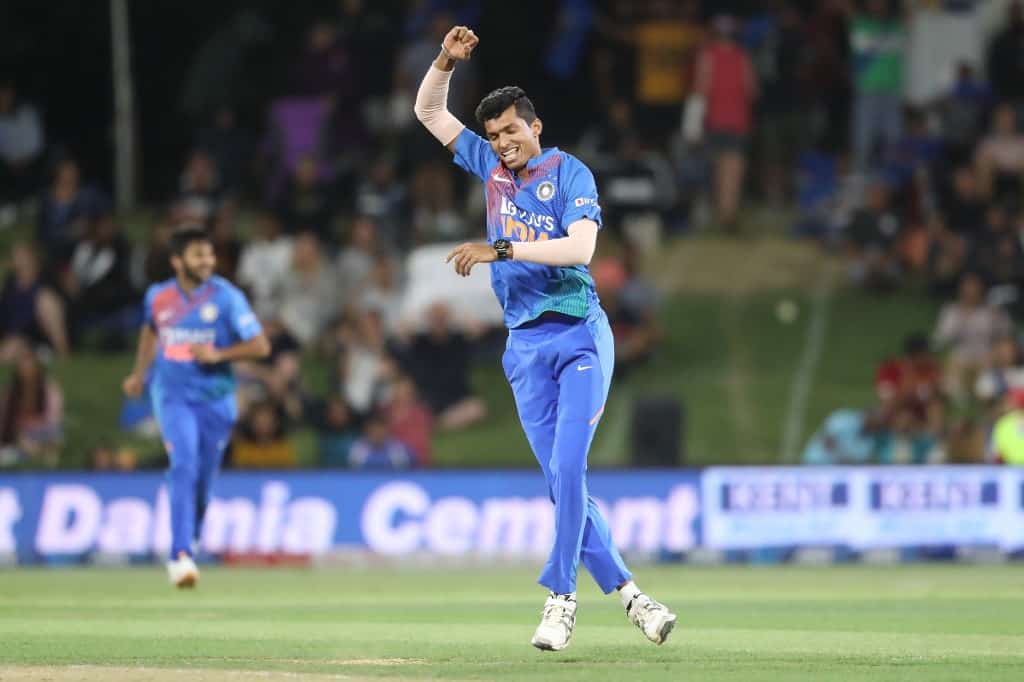 SC: There are reports of IPL getting a window later in the year…How important is IPL for cricketers?

NS: Not only IPL but every domestic tournament or international series is important for a player. The speciality of IPL is that players get to showcase their talent in front of the world. The entire world watches IPL and the attention players get from it is unreal. It works as a confidence booster for players and the experience youngsters get from sharing the dressing room and field with stalwarts in unparalleled. I feel IPL is the best platform to level up your game.

SC: How important a role has Virat Kohli played in your career? 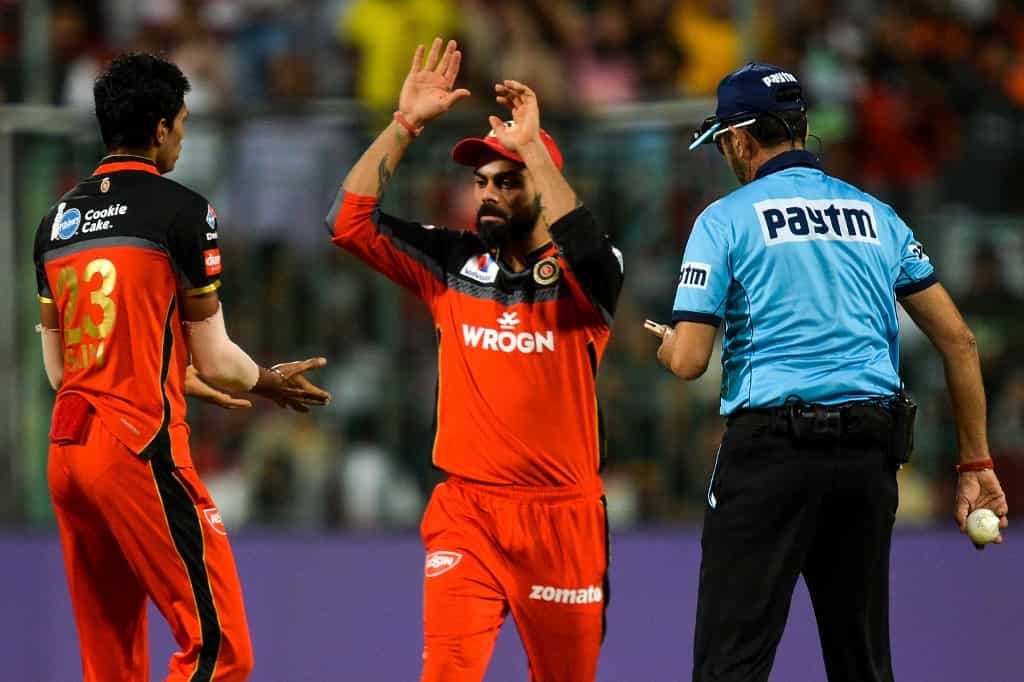 NS: Not only me but Virat Kohli is an inspiration for every budding sportsperson. The level of intensity and passion he brings to the game and his fitness can’t be compared to anyone. During my first year in Royal Challengers Bangalore, I didn’t play but it was a learning curve to just watch Virat Kohli so closely on and off-the-field. I remember my debut match, I was extremely nervous playing in front of a capacity crowd but then it was him who gave me the confidence to bowl in matches as I bowl in the nets, that’s a sign of a superb captain and that advice has stuck with me to date. He is a role model for everyone and deservedly so.