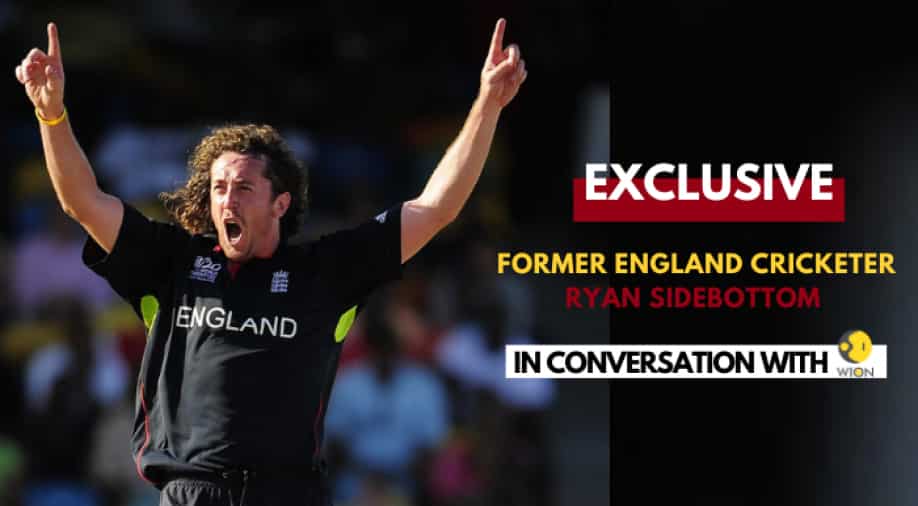 In an exclusive interview with WION, Sidebottom, who played 65 matches for England across formats, talked about his experience of playing in India against some of the legends of the game while also sharing his take on ongoing England's tour of India, the upcoming ICC T20 World Cup and who he feels is the best batsman in the world.

Former England pacer Ryan Sidebottom has achieved it all when it comes to playing international cricket. From making international debut at the iconic Lord's, picking up a Test hat-trick against New Zealand, to winning the ICC T20 World Cup in 2010, Sidebottom's achievements speak for themselves. A left-arm pacer who could swing it big and a fierce competitor on the field, Sidebottom is turning the clock back in the Road Safety World Series for England Legends – almost 11 years since hanging his boots from international cricket.

In an exclusive interview with WION, Ryan Sidebottom, who played 65 matches for England across formats, talked about his experience of playing in India against the legends of the game while also sharing his take on ongoing England's tour of India, the upcoming ICC T20 World Cup and who he feels is the best batsman in the world. 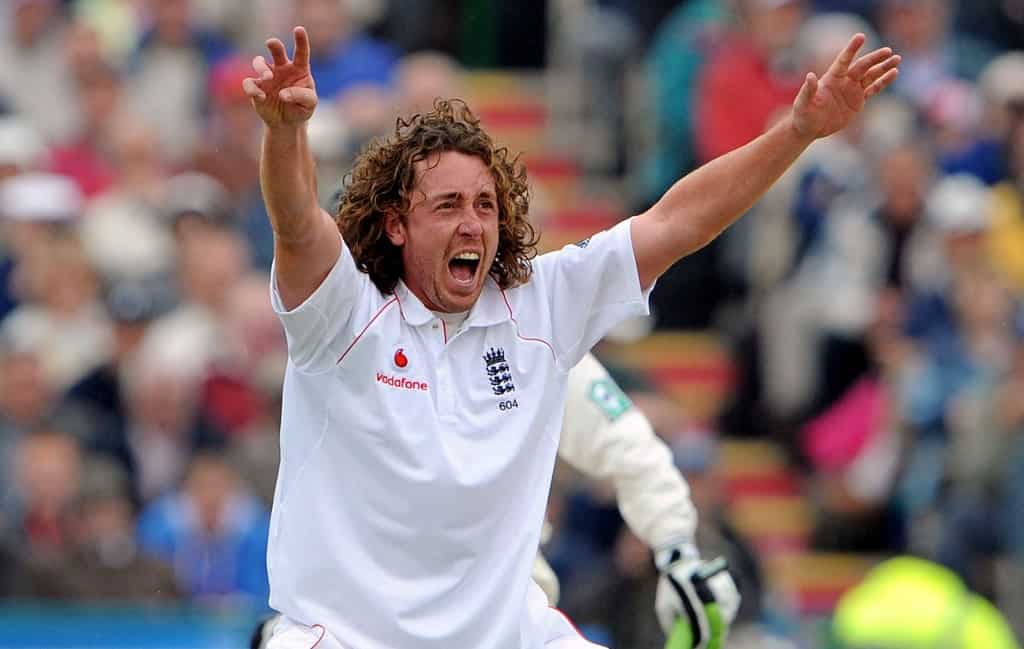 With 50 per cent crowd allowed inside the stadiums for the Road Safety World Series, the fans have been at their best to cheer for the greats of the game. With the likes of Sachin Tendulkar, Brian Lara, Kevin Pietersen, Tillakaratne Dilshan, Jonty Rhodes among other legends participating in the tournament, the crowd has made sure to give the former stars a great reception on the ground.

When asked about his experience of playing in India, Sidebottom told WION: “It has been great! The people here are so welcoming and the hospitality is just unbelievable. To be able to play with and against some of the legends of the game is an honour. The crowd has been incredible. The noise level they produce in the ground is unmatchable. To be back on the field after many years with all other players feels great and to be able to play in front of crowd after a tough year for all is great.”

“Everyone here is in good spirits. We are playing for a good cause, to increase awareness around road safety. It is great to catch up with all the mates. We all want to play good cricket and entertain the crowd. Thank you so much for coming in and supporting us and other teams participating in the Road Safety World Series. It has been a surreal experience playing in front of the crowd. Keep coming and supporting us as we continue to play for a good cause.” the former England left-arm pacer added. 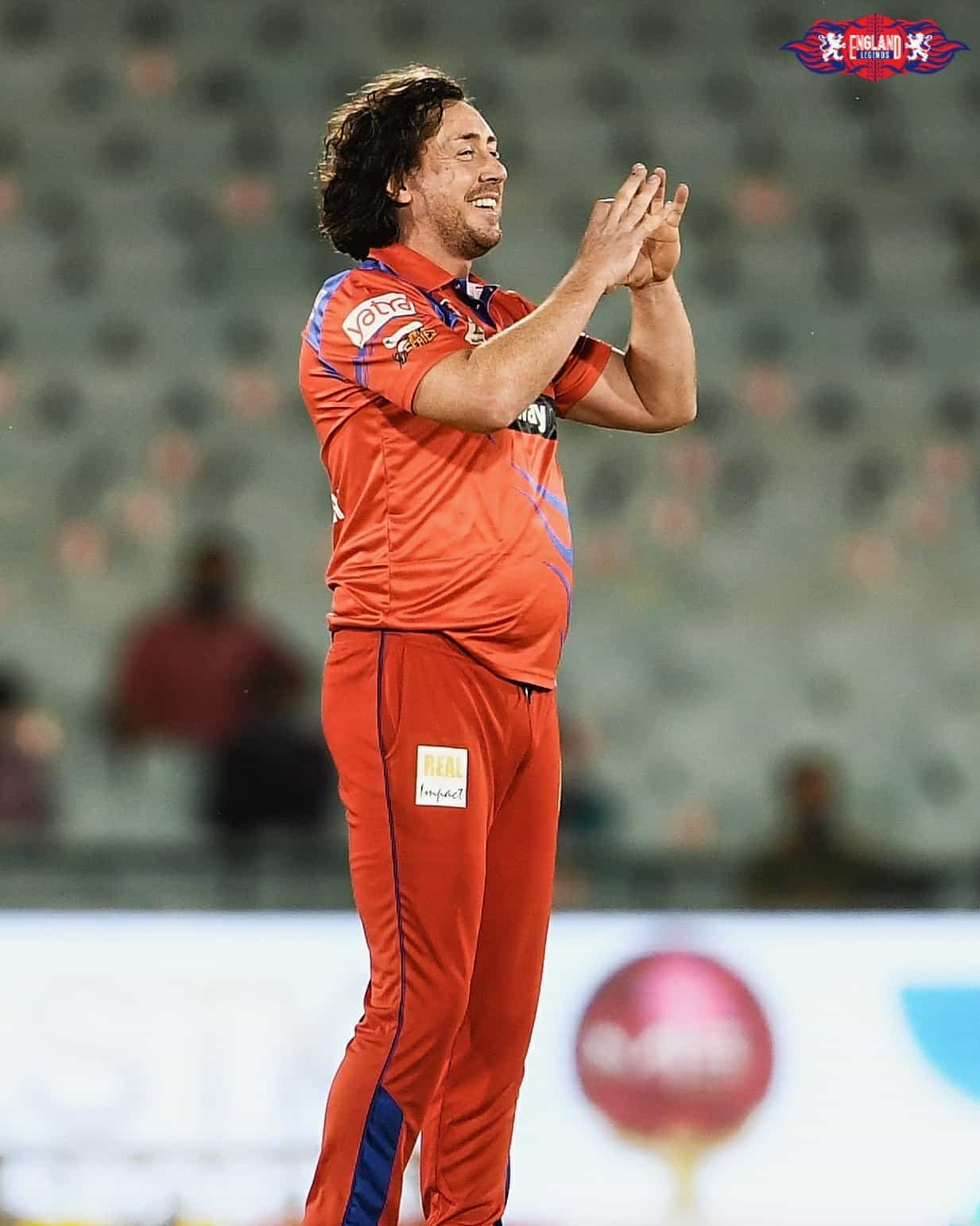 The match between India Legends and England Legends has been hailed as the best match of the Road Safety World Series so far. While Kevin Pietersen smashed it all over the park for England Legends, the likes of Irfan Pathan and Manpreet Gony took the match to the last over of the match with Sidebottom successfully defending 19 runs – as he did against India in the T20 World Cup back in 2009.

"Great to be back playing with some greats of the game"

"It was great. To play against greats like Sachin Tendulkar, Virender Sehwag among so many others is a huge honour. The crowd was going bonkers when we played against them. KP (Kevin Pietersen) did really well with the bat to put us in a strong position, Monty Panesar was superb with the ball. But to be honest my heart is still racing thinking about the hitting from Irfan and Gony.

"Thankfully, we won and it was great fun to be involved in such a high-octane match. The stats popped up after the match ended and the guys started to share on our chat group, it was a nice moment and we all had a good laugh,” Sidebottom, who has 79 Test wickets, said.

Coming to international cricket, England suffered a 3-1 series defeat to India in the recently concluded four-Test series with Virat Kohli & Co making a comeback after losing the opener by 227 runs. Sidebottom reckons India simply outplayed England on their home conditions while adding England simply didn't have answers for the way hosts played.

"Credit to India for dominating the Test series"

“Credit to India, they were simply brilliant in their home conditions. I feel England could have done a lot better when they batted first. The first Test win was great but India got their basics right in the next matches to rightly win the series. England were dominated and outplayed, and for that, we have to credit the Indian players and not shift the focus on pitches because both the teams play on it and it is equal for everyone involved in that particular match. The likes of Axar and Ashwin were great with the ball and the Indian batters showed how to bat on those pitches in Chennai and Ahmedabad.

“Also, I feel it was a great opportunity for English players to be heroes and inspire millions as the Test series was on free-to-air television,” the former England pacer said.

Ongoing England's tour of India has seen the visitors being criticised for their rotation policy. While the likes of Jonny Bairstow, Jos Buttler, Moeen Ali among a few others couldn't play the complete four-match Test series due to England and Wales Cricket Board's (ECB) strict rotation policy, former players and pundits have not minced their words while criticising the rotation tradition. However, Sidebottom has a different take on the matter.

“Look, I would have been against it had it been normal days for us as human beings. Bio-bubble life is not easy and different individuals react to certain conditions differently. For me, Test cricket is the pinnacle and then come other formats so I would always prefer the best players playing red-ball cricket. But with players staying away from their families for long periods and sometimes confined to their hotel rooms, you know it is not easy,” Sidebottom opined. 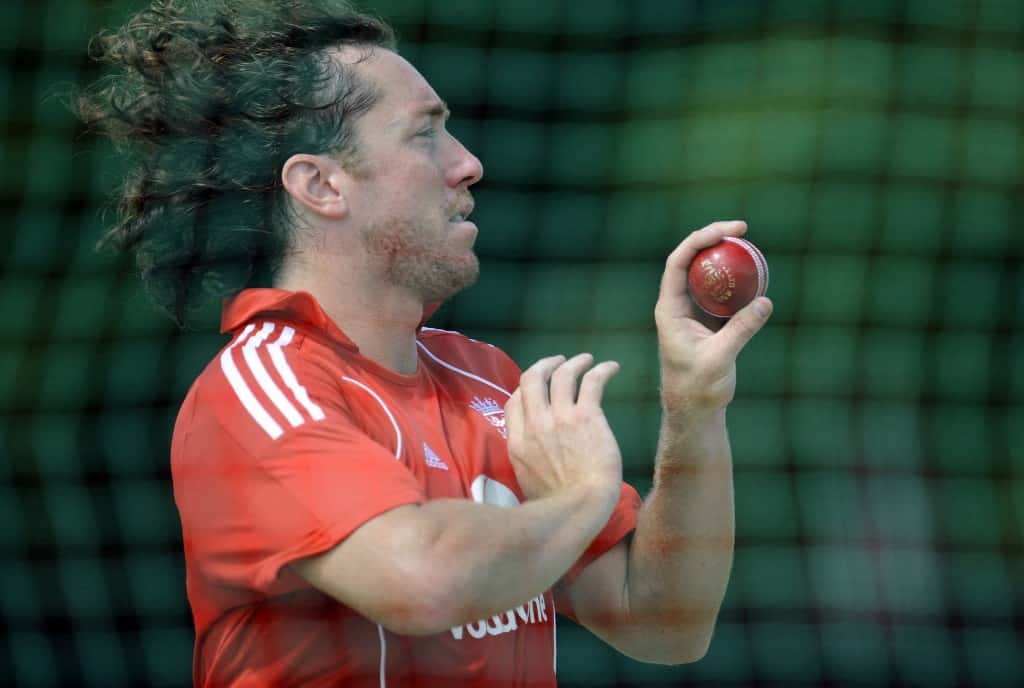 After the completion of the four-Test series between India and England, both sides have started their preparations for the upcoming ICC T20 World Cup, scheduled to be hosted by India later in the year.

England one of the favourites for T20 World Cup but don't rule out India: Ryan Sidebottom

Sidebottom feels England will be one of the favourites to win the T20 World Cup given the brand of white-ball cricket they have played in recent times. However, the former left-arm paceman has said that teams like India and Australia will be a force to reckon with in the much-awaited tournament.

“England will be one of the favourites to win the T20 World Cup. The way England have approached their limited-overs cricket is refreshing to watch and that helped them win the 50-over World Cup in 2019. But there are some great sides. Don't rule out India, Australia, the West Indies among others, they all have quality players at their helm, so I feel it would be a fantastic tournament to watch and the contest would be really tight. I hope, England would be able to win it. 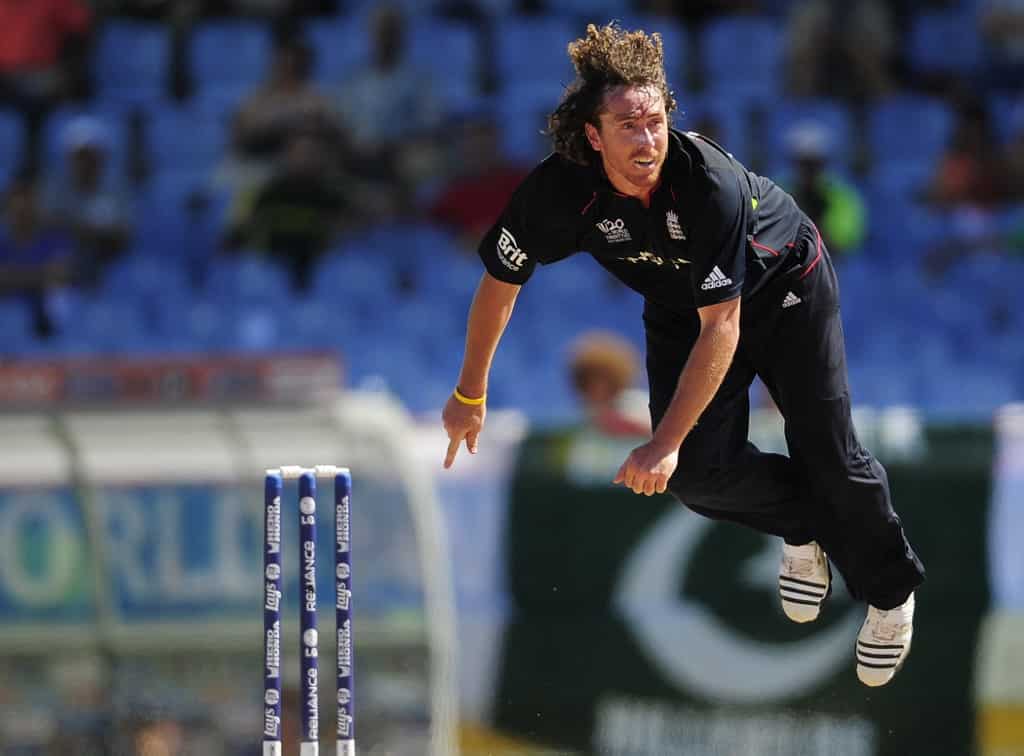 Sidebottom, whose career was cut short due to persistent injury issues, hailed the quality of pacer in international cricket while also lauding the fitness levels of today's cricketers.

When asked what does he make of the quality of pacers in international cricket, the 2010 T20 World Cup winner said: “There are some fantastic pacers going around. The likes of Pat Cummins, Jasprit Bumrah, Kagiso Rabada, Trent Boult, Jofra Archer so many good pacers. The quality of pace bowling which we have witnessed in the last few years have been top-notch. The fitness levels of today's players are on different levels and it is a great spectacle to see them steaming in and bowling with good pace across formats.”

"Virat Kohli the best in the business"

When asked who, according to him, is the best player currently, the former England pacer said: “When we talk about the best in the business, the name of Virat Kohli comes to my mind. He is pretty good, isn't he?”