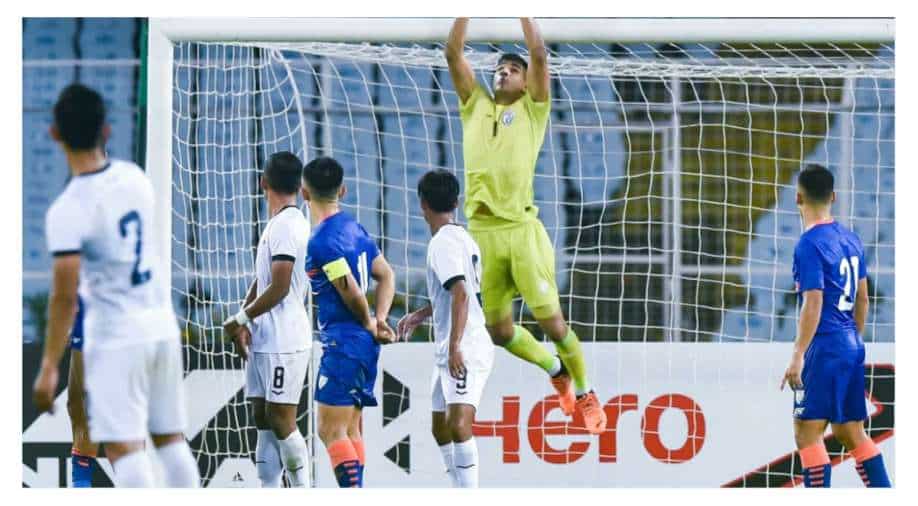 Sunil Chhetri-led India have been on a roll. In the AFC Asian Cup Qualifiers, Chhetri & Co. have been on fire with three successive victories under their belt and made it to the Asian Cup, to be held next year.

India beat Cambodia, 2-0, in their opening game and then defeated Afghanistan 2-1 to make it to the showpiece event. On Tuesday (June 14), India had already qualified for the next round before their game versus Hong Kong, before demolishing them, by 4-0, to top Group D at the iconic Salt Lake Stadium, Kolkata. This, this became only the first time that India made it to the main event for the second successive edition, fifth overall (1964, 1984, 2011, 2019, 2023).

Following India's memorable run, Wion's Sports Editor got a chance to interact with Indian football team's vice-captain and goalkeeper Gurpreet Singh Sandhu to dwell upon India's historic achievement. "Definitely (moment to celebrate). We all should be very happy and grateful. It was very very important period for Indian football. I think all the hardwork showed and extremely happy to qualify for the Asian Cup again. Back-to-back qualification definitely motivates us," Sandhu said joining virtually from Mohali.

He further opined the coach Igor Štimac's plan for the qualifiers, what all the team went through and stated, "We were able to achieve everything we wanted. Not having too much football in domestic doesn't help. We have to be 30-45 days training camp to achieve peak fitness and be ready for such games. I think that is something we should be thinking about. We should not come into these games thinking about such factors. The rankings do look very good to the eye but it doesn't tell the whole story. Any team can beat anyone. We went out giving that respect to each and every team we played and also do our jobs perfectly," added the 30-year-old.

India have dominated the qualifiers and will now shift their focus in preparations for the showpiece event. Needless to say, Chhetri & Co. will be eager to give their best shot in the main event as it would lift the sport in all parts of the country.