Ex-UEFA chief Michel Platini released, says he is at 'peace' 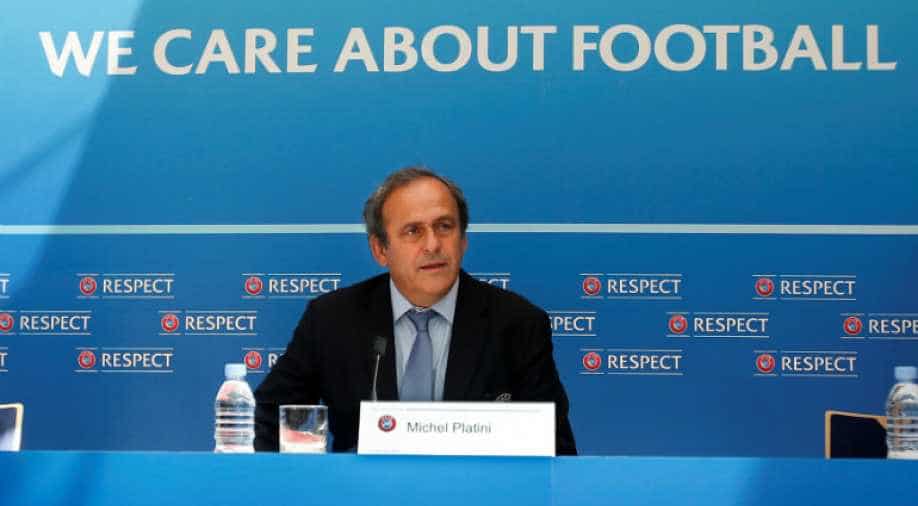 Platini, 63, led UEFA until 2015 when he was banned from football for four years for ethics violations including receiving $2 million payment from the disgraced former head of FIFA Sepp Blatter.

Former UEFA chief Michel Platini was released from custody by the French Police early on Wednesday. No charges were brought against the former number 10 of Les Bleus after almost 15 hours of questioning, reported news agency Associated Press.

"I have always been at peace because I feel totally foreign to any of these matters. This is an old case, you know it, we explained it. I have always expressed myself with full transparency in all the newspapers. That's it, it goes on, they investigate, they search," said Platini after his release.

"A lot of noise for nothing. There you go, very long questioning. Michel Platini gave his testimony by answering as sincerely and precisely as he could, to all the questions put to him. I would remind you that he was heard 18 months ago as well, as a witness in a free hearing. We do not consider in any way that Michel Platini can be considered a suspect in any way, either yesterday or today or tomorrow. So it's a done deal for us," his lawyer William Bourdon said.

The French football legend elected to lead European football's governing body in 2007 was taken into custody by French anti-corruption police investigating the awarding of the 2022 World Cup to the gas-rich Gulf state Qatar.

Also questioned on Tuesday were two one-time associates of former French President Nicolas Sarkozy, adding a layer of political intrigue to the investigation of the hugely controversial decision to hold football's showcase tournament in a desert country so scorching hot in June and July that the matches will be played instead in November and December.

Platini, 63, led UEFA until 2015 when he was banned from football for four years for ethics violations including receiving $2 million payment from the disgraced former head of FIFA Sepp Blatter.

Qatar has been accused of buying votes in its bid to stage the World Cup and a subsequent report by US independent investigator Michael Garcia unearthed an array of suspect financial dealings, many linked to Sandro Rosell, the ex-Barcelona president who served as a consultant for Qatar.

Platini, a triple Ballon d'Or winner, was expected to succeed Blatter as FIFA president in 2016 before his fall from grace. He has been battling to clear his name ever since.