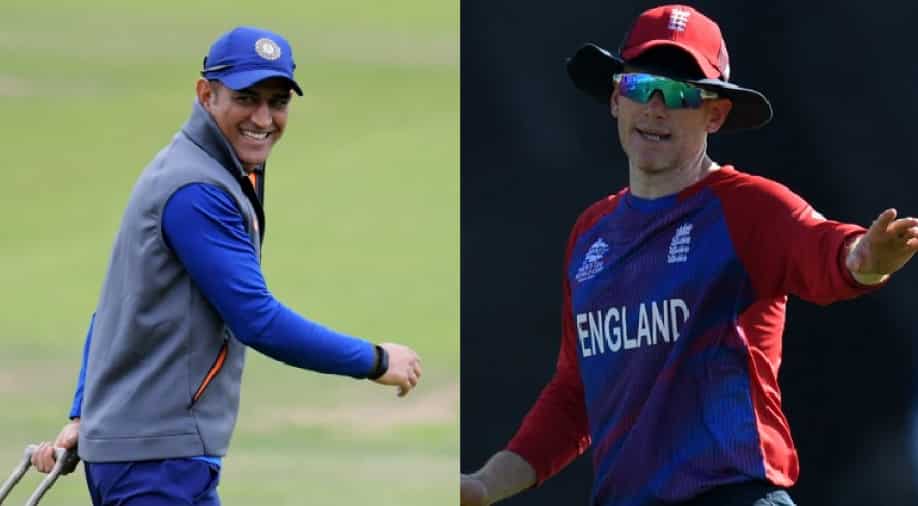 England skipper Eoin Morgan surpassed MS Dhoni to become the most successful captain in T20I cricket after his side's win over Sri Lanka at the T20 World Cup 2021 on Monday.

England captain Eoin Morgan might not have enjoyed a great campaign so far in the ongoing T20 World Cup 2021 but his team has been on a roll in the showpiece event. Morgan-led England have so far won all four of their Super 12 matches and are comfortably sitting on the top of the Group 1 table with full eight points from four matches as they look set to make it to the semi-finals as the top-ranked side from their group.

On Monday (November 01), England continued their unbeaten run in the T20 World Cup 2021 as they defeated Sri Lanka by 26 runs to bag their fourth win in a row at the Sharjah Cricket Stadium. England rode on opener Jos Buttler's magnificent unbeaten 101 off 67 balls and captain Morgan's 40 off 36 balls to post 163 runs on the board in 20 overs, batting first.

England spinners Moeen Ali and Adil Rashid spun a web around the Sri Lankan batting line-up and picked up four wickets between them to bundle them out for 137 runs. The comprehensive win consolidated England's spot on the top of the Group 1 points table and also helped Morgan surpass MS Dhoni and Asghar Afghan to become the most successful captain in T20Is.

England's 26-run win was Morgan's 43rd as the captain of the side as he went past Dhoni and Afghan, who both have 42 wins each to their name in the shortest format of the game in international cricket.

Most successful captain in T20Is:

Dhoni, who announced his retirement from international cricket last year, led India in T20Is from 2007 to 2017. He had led the Men in Blue to triumph in the inaugural edition of the T20 World Cup in 2007 and is regarded as one of the most successful captains of all time with numerous trophies in his cabinet.

Dhoni is currently serving as a mentor for the Indian team in the ongoing T20 World Cup 2021. However, Team India has not had a great strat to the showpiece event with back-to-back losses in their first two Super 12 matches as they stand on the brink of early elimination from the tournament.