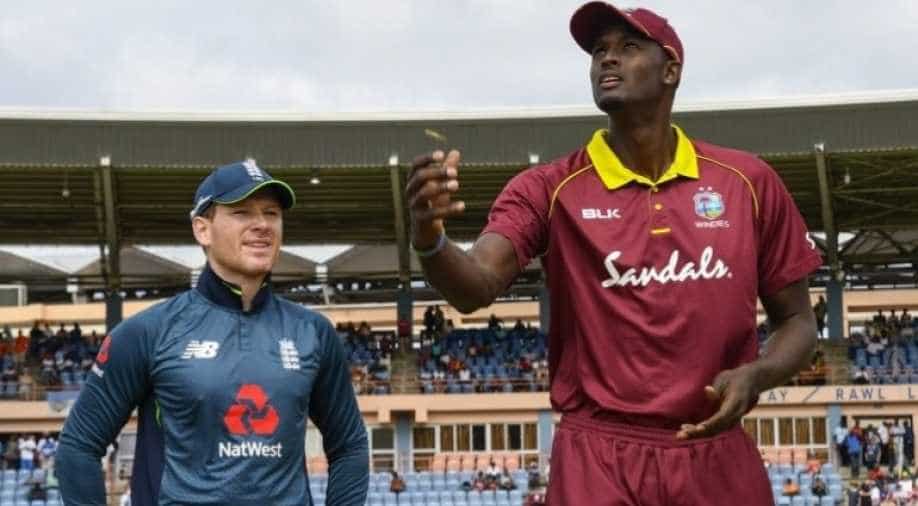 Jason Holder (R) of West Indies tosses the coin as Eoin Morgan (L) of England looks on at the start of the 3rd ODI. Photograph:( Reuters )

West Indies are unchanged following a 26-run win in the second match in Barbados on Friday which levelled the series at 1-1.

England captain Eoin Morgan won the toss and chose to field first against the West Indies in the rain-delayed third One-Day International of a five-match series at the National Stadium in Grenada on Monday.

West Indies are unchanged following a 26-run win in the second match in Barbados on Friday which levelled the series at 1-1.

As expected England have brought Chris Woakes back into the team in place of fellow all-rounder Tom Curran.

They were forced into an additional change though with Ben Stokes sustaining an ankle injury at practice. His place in the middle-order has been taken by Alex Hales.

With an additional rain delay following the loss of an hour before the toss, there is now likely to be a reduction in the number of overs to be played from the scheduled 50 overs per side.