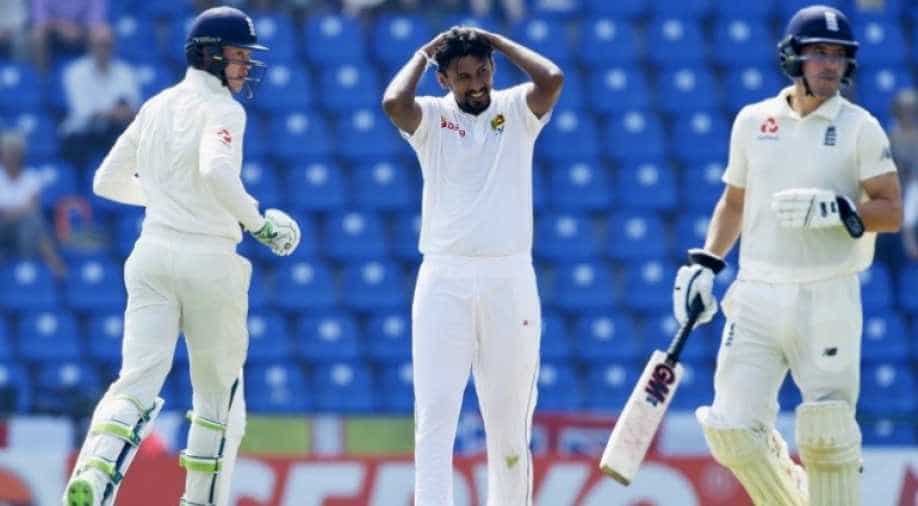 The visitors are 1-0 up and have the opportunity to wrap up a first series in Sri Lanka since 2001.

England won the toss and chose to bat on Wednesday in the second Test against Sri Lanka on what looked to be a good spinners' wicket in Kandy.

All eyes were on Ben Stokes, elevated to number three, in an unchanged team from the first Test thrashing of the hosts in Galle last week.

The in-form Ben Foakes kept his place, despite regular wicketkeeper-batsman Jonny Bairstow having made a full recovery from an ankle injury.

Sri Lanka, have had to make two changes, bringing in left-arm spinner Malinda Pushpakumara in place of Rangana Herath, who retired following the last Test, while batsman Roshen Silva plays in place of the injured captain Dinesh Chandimal.

Pushpakumara, who is a prolific wicket-taker at the domestic level, plays in a four-man attack that features acting captain and fast bowler Suranga Lakmal, as well as off-spinners Dilruwan Perera and Akila Dananjaya.

The visitors are 1-0 up and have the opportunity to wrap up a first series in Sri Lanka since 2001. The third and final Test begins in Colombo on November 23.