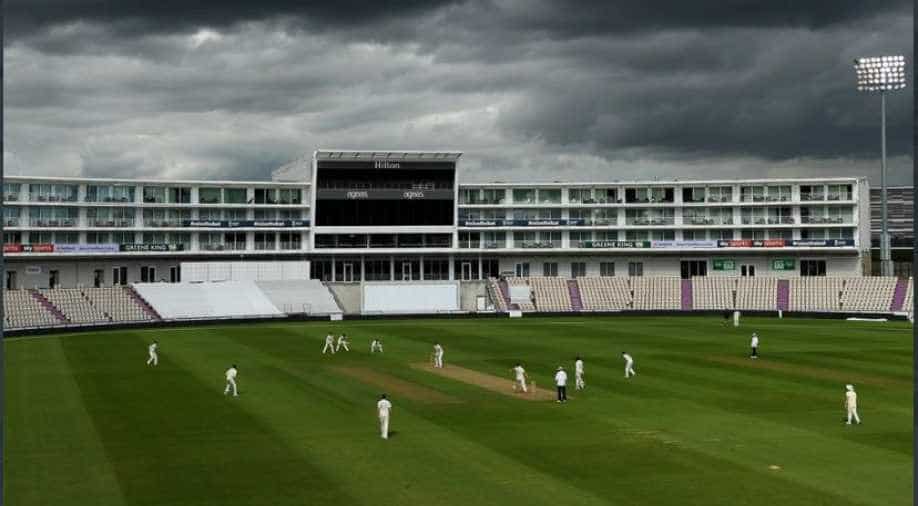 England and the West Indies are set to be the first two sides to restart international cricket following a prolonged break due to COVID-19 outbreak as the Ageas Bowl in Southampton will witness the red cherry swing again.

No fans in the stadiums, COVID substitutions, no usage saliva, no hugging, no high-fives and hand santizers placed nearby the boundary ropes. Cricket will be back on July 8 (Wednesday) in a different look, but the players and fans will be eager to get back into the action, albeit with a change. England and the West Indies are set to be the first two sides to restart international cricket following a prolonged break due to COVID-19 outbreak as the Ageas Bowl in Southampton will witness the red cherry swing again.

Both England and West Indies have been staying and practising in the much-talked-about ‘bio-secure bubble’ and so far, it has reaped rewards with zero cases of the coronavirus among both the teams.

We have been following 6️⃣ of our men’s and women’s players on the Road to Return from lockdown to international cricket! 🏴󠁧󠁢󠁥󠁮󠁧󠁿🏏

While the cricket community has been deprived of any sort of live-action for more than three months now, the fact that the gentlemen’s game is returning with its longest format of the game will also be fruitful for the traditional format with billions of eyes tuning in to see the likes of James Anderson, Kemar Roach, Ben Stokes, Jason Holder and others in action.

ALSO READ: All-rounders Stokes and Holder to lead from the front

The build-up to the series has been on a really cautious note with regular tests, all safety measures in place. The warm-up matches gave an insight on how cricket will be played post the COVID-19 era.

"The mere fact that we are getting the opportunity to play cricket, you know I think we should cherish it. Many organisations around the world are taking pay cuts, cricketing organisations as well and we've suddenly got an opportunity now to continue to make money. So, a lot of things to be thankful for and I think in the context of the situation now, we've just got to be thankful and make sure that we relish the opportunity and grab it with both hands,” said Windies captain Jason Holder ahead of the series opener in Southampton.

Get in the mood for our series against @windiescricket starting tomorrow by watching back @jimmy9's best Test bowling figures of 7/42! 😍 pic.twitter.com/gnqwHstZ8e

In what can be termed as another major change, the neutral umpires rule has been temporarily scrapped while keeping the logistical challenges in mind. And yes, there will be three DRS reviews instead of two in each innings.

West Indies defied the odds and handed a series defeat to England in the Caribbean in 2019 and would be hopeful of replicating the same kind of form when they take to the field on Wednesday.

TRAINING DAY: The #MenInMaroon put in some WORK today! 💪🏾WI are finalizing preparations for the first test of the Sandals Tour of England 2020, starting on Wednesday! 🙌🏿#CricketIsBack #MenInMaroon #WIReady 🌴🏏 pic.twitter.com/ZPzYbzA05p

Another major aspect of the much-awaited series will see the players join the Black Lives Matter movement with both the sides set to sport BLM logos on their collars in solidarity with the global fight against racism.

The outcome of the series will only be clear after it is concluded but one thing is for sure, cricket is back and everyone is thankful for it.