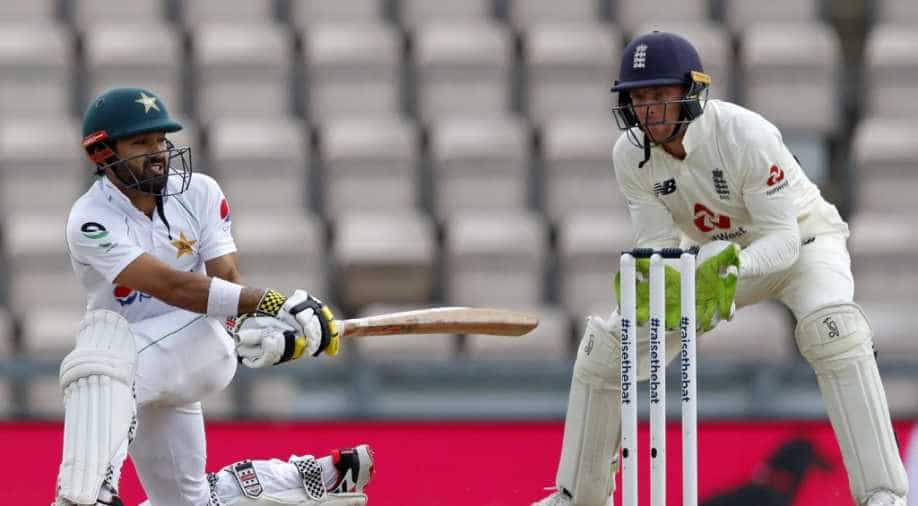 England's three-match Test series against Pakistan was blighted by poor weather but both sides will take positives from an absorbing contest which the home side won 1-0.

England's three-match Test series against Pakistan was blighted by poor weather but both sides will take positives from an absorbing contest which the home side won 1-0.

AFP Sport looks at some of the talking points from a hard-fought campaign played behind closed doors.

Zak Crawley's stunning 267 in the third Test at Southampton was a remarkable innings -- the Kent batsman's maiden Test century was also the 10th highest score by any England player.

England, used to being bailed out with the bat by their all-rounders and lower order, are searching for consistency from their frontline batsmen.

While their three fledgling top-order batsmen are still in the early stages of their international careers, there are signs they all understand the importance of building a score and have no qualms about being patient if that is what is required to establish a strong position for the team.

Flat pitches a problem for England

The England pace trio of James Anderson, Stuart Broad and Chris Woakes remains unrivalled in home conditions -- across six Tests this season, including the 2-1 series win over the West Indies, they have taken 62 wickets between them at a combined average of just 18 apiece.

But their form has relegated express fast bowlers Jofra Archer and Mark Wood, who has played just the one Test this season, to peripheral roles.

Away from home and without the Dukes ball, England's quicks have found it much harder to take wickets on generally less responsive surfaces.

And there was a concerning preview of what could await England during their next scheduled series in India when, on a slow Ageas Bowl pitch offering little movement, they took just two Pakistan wickets in 56 overs on Monday.

One mitigating factor was that all-rounder and partnership-breaker Ben Stokes missed the last two Tests to be with his ill father in New Zealand.

During their 2016/17 and 2017/18 tours of India and Australia, England conceded more than 600 runs four times in 10 Tests and, with off-spinner Dom Bess little used this season, the doubts over the effectiveness of their attack on flatter pitches remain.

Even though England ended up winning the series, it is easy to forget just how close Pakistan came to a victory in the first Test at Old Trafford.

The tourists, who had not played international cricket for several months because of the coronavirus pandemic, were the better side for much of the time in Manchester until, having reduced England to 117-5 chasing a target of 277, they were undone by a sixth-wicket partnership of 139 between Jos Buttler and Woakes.

But even though this was Pakistan's first series defeat by England in a decade, there were plenty of highlights for the tourists, with opener Shan Masood making 156 in Manchester and pace trio Shaheen Afridi, Mohammad Abbas and Naseem Shah all impressing at different stages.

Determined wicketkeeper Mohammad Rizwan hit two successive fifties and starred behind the stumps throughout in difficult conditions for glovemen, with the ball often deviating significantly after passing the stumps.