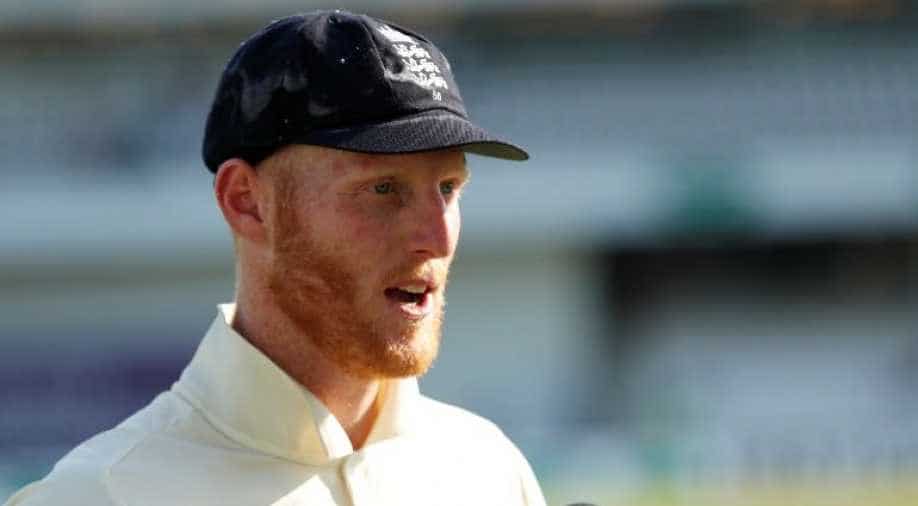 If Stokes is unfit to bowl at the Oval in south London, he is expected to play as a specialist batsman

England will assess star all-rounder Ben Stokes's fitness to bowl in this week's fifth Test with Australia at the Oval as they look for a consolation win after failing to regain the Ashes.

Stokes was included in an unchanged 13-man England squad announced Monday following a 185-run defeat in the fourth Test on Sunday that ensured Australia would keep hold of the Ashes at 2-1 up with one to play in the five-Test series.

Given the tight turnaround to a Test starting on Thursday, the lack of any changes is not altogether surprising.

It may well be, however, that national selector Ed Smith and his panel do make alterations for the upcoming tour of New Zealand, with promising batsmen Dominic Sibley and Zak Crawley among those pushing for places.

Durham paceman Stokes, England's vice-captain, did not bowl in Australia's second innings at Old Trafford following a right shoulder injury sustained during his 11th over in the tourists' first innings.

If Stokes is unfit to bowl at the Oval in south London, he is expected to play as a specialist batsman.

Stokes has been a shining light amid an often fallible England batting line-up this series, scoring 115 not out in the drawn second Test at Lord's before his stunning unbeaten 135 secured a dramatic one-wicket win in the third Test at Headingley.

England, if Stokes was selected purely as a batsman, would bring in a bowling all-rounder from within the squad in either Sam Curran, who would be playing on his Surrey home ground, or Chris Woakes.

Both Curran and Woakes missed out at Old Trafford.

If England coach Trevor Bayliss, in what will be his last Test before he leaves his post, and captain Joe Root bring in one of the pair, it would likely mean one of the struggling batsmen -- Jason Roy, Jonny Bairstow or Jos Buttler -- making way.

England have been without James Anderson, their all-time leading wicket-taker, for most of this series after the 37-year-old paceman broke down with a calf injury having bowled just four overs during Australia's 251-run win in the first Test at Edgbaston.