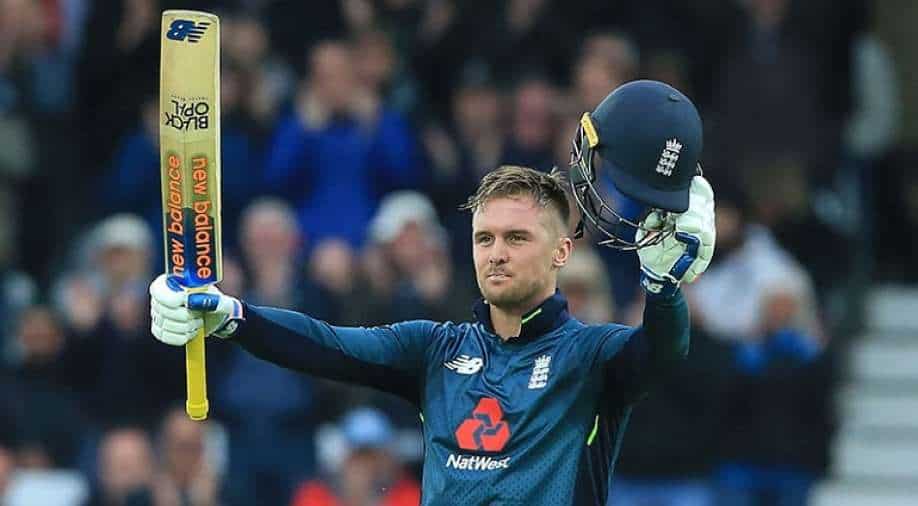 Roy last played for England in the T20I series against the West Indies in January. Photograph:( AFP )

Jason Roy is suspended from England's next two matches for which he is eligible for selection but the ban will be suspended for 12 months dependent on good behaviour.

Roy's ban is for the next two England matches for which he is eligible for selection, but has been "suspended for 12 months dependent on good behaviour".

The England and Wales Cricket Board announced the sanctions in a statement on Tuesday but did not disclose the reasons behind the hearing and penalties.

The ECB statement said, "A disciplinary panel of the Cricket Discipline Commission has announced its sanction on Jason Roy after he admitted a charge of conducting himself in a manner which may be prejudicial to the interests of cricket or which may bring the game of cricket, the ECB and himself into disrepute, in breach of ECB Directive 3.3."

The 31-year-old is a white-ball specialist who has averaged 40.19 in 98 ODIs batting at the top of the order.