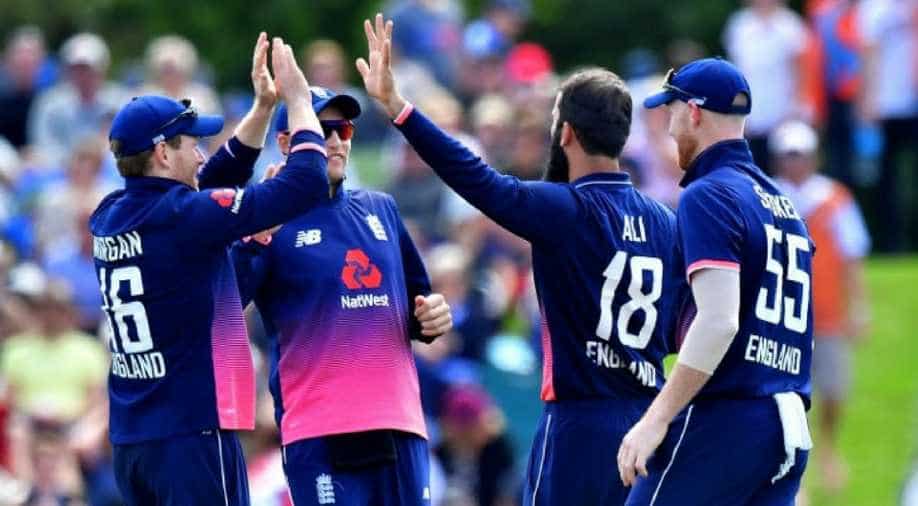 England national cricket selectors on Monday named a 14-man squad and three additional reserves for the upcoming three-match ODI series against Ireland at the Ageas Bowl in Southampton.

England national cricket selectors on Monday named a 14-man squad and three additional reserves for the upcoming three-match ODI series against Ireland at the Ageas Bowl in Southampton. The series between the current world champions England and Ireland is scheduled to kickstart on July 30 and will be played behind closed doors, in a bio-secure environment.

Eoin Morgan continues to be the captain of England’s white-ball side with Moeen Ali named his deputy last week.
The likes of Jonny Bairstow, who missed out on the Test squad vs West Indies, Tom Banton, Jason Roy, Tom Curran, David Willey, Adil Rashid find themselves in the list along with Joe Denly, who was released from the Test squad against the Windies to participate in the white-ball series.

Additionally, Richard Gleeson, Lewis Gregory and Liam Livingstone have been named among the reserves for the ODI series.

The ODI series between England and Ireland will commence following the completion of the ongoing Test series against the West Indies and will be the first limited-overs international series post the COVID-19 break.

England have been playing intra-friendly matches to gear up for the series with some of the players like Moeen, Banton, Bairstow among others looking in great touch.

James Taylor, the England selector who has been watching the team's preparations at the Ageas Bowl, said: “We are developing excellent strength in depth in white-ball cricket. Even though a number of Test players are unavailable, there is great competition for places, as we have seen during the intra-squad matches and the England Lions warm-up match.

"There are a number of players who'll feel unlucky not to have made the final squad and that says a lot about how many players we currently have pushing hard for selection at the highest level.

"These ODIs against Ireland are an opportunity to continue the exciting evolution of the ODI side, while also looking towards the T20 World Cup in 2021.

"In this challenging season, everyone at England appreciates the hard work and dedication of the county coaches and support staff who have helped these players to get ready for competitive cricket.”