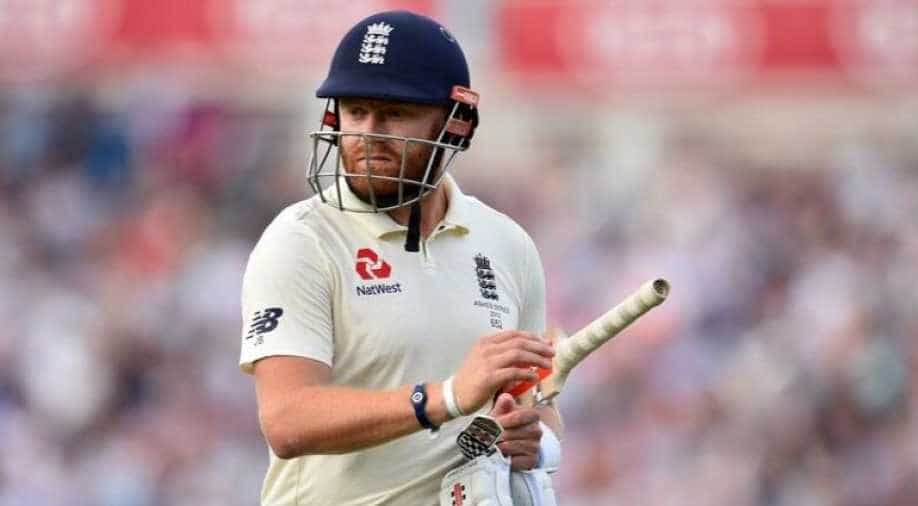 Bairstow, 29, scored just 214 runs in the five Ashes Tests during the English summer at an average of 23.77

England have dropped Jonny Bairstow from their Test squad for the tour of New Zealand, with paceman James Anderson unavailable for the two-match series due to a calf injury.

Batsman Jason Roy, who starred in England's World Cup triumph, is another name missing from the 15-strong Test squad after a difficult Ashes series, which ended 2-2 last week.

Surrey batsman Ollie Pope, who played two Tests against India in 2018, is back in the squad while Jos Buttler will be the wicketkeeper in New Zealand due to Bairstow's absence.

Bairstow, 29, scored just 214 runs in the five Ashes Tests during the English summer at an average of 23.77.

Anderson, England's top Test wicket-taker, has been out of action since the first Test against Australia and is targeting the South Africa tour, starting in December.

The first Test, at Mount Maunganui, starts on November 21. The series is not included in the new World Test Championship.

National selector Ed Smith confirmed Bairstow, who will travel with the 15-man T20 squad, had been dropped rather than rested.

"This feels like an opportunity for Jonny to reset," he said on Sky Sports.

"He's not rested. He drops out of the Test team but it's an opportunity for Jonny after a very busy summer, very hectic schedule, to reset, to work on one or two things and to come back stronger," he added.

"My prediction is he comes back very strongly."